Home / WORLD / ‘A Quiet Place II’ falls dramatically, culturally and politically flat as it fails to live up to the suspenseful original

‘A Quiet Place II’ falls dramatically, culturally and politically flat as it fails to live up to the suspenseful original 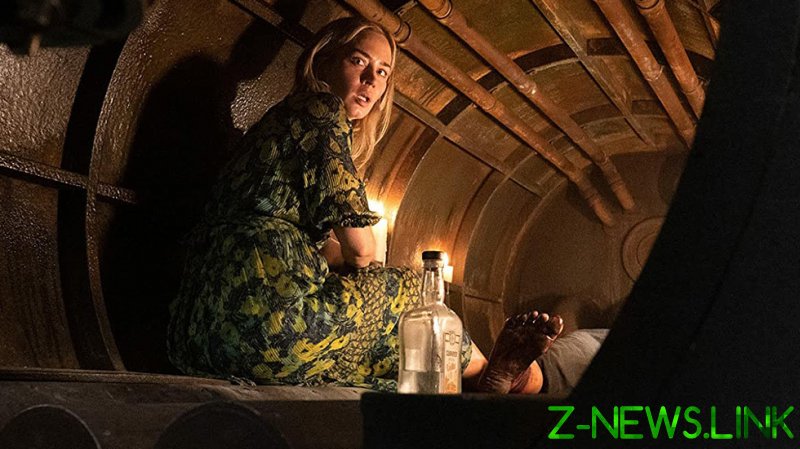 In 2018, the monster movie/horror film ‘A Quiet Place’ snuck up on movie audiences and frightened and thrilled the hell out of them to the tune of a $340 million worldwide box office take on a $21 million budget.

That movie, written, directed and starring John Krasinski, was a taut and tense, edge-of-your-seat original about an isolated family with a deaf daughter trying to survive after an invasion by sound sensitive aliens that kill anything they hear.

Besides being an unexpected success, the film and its ingenious major plot point of the need to keep quiet or be killed was also surprisingly a cultural and political lightning rod as it was a potent metaphor for political correctness, cancel culture and the silencing of alternative views – things which have only increased since 2018.

Considering corporate Hollywood’s insatiable hunger for reusable intellectual property it can exploit for profit, it isn’t surprising that Paramount Pictures has gone back to the well to try and recapture the magic, and more importantly the box office success, of the first film.

‘A Quiet Place II’ was ready to go back in the spring of 2020 but Covid delayed the release for over a year. But now it’s in theaters and Paramount is so desperate for a hit they are actually running a short introduction to the film from Krasinski where he thanks audiences for coming out and seeing his movie.

That bizarre intro seemed exceedingly polite (if not a bit desperate), but is understandable coming out of Covid and considering that after a shortened 45-day release window, ‘A Quiet Place II’ will be available on the Paramount+ streaming service.

As for the original ‘A Quiet Place’… I absolutely loved it. I had zero expectations going into it and when it ended, I let out a deep breath that I realized I’d been holding nearly the entirety of the movie. I love when that happens, when a film comes out of nowhere and just pulls you in and takes you on a gripping and suspenseful journey.

I was equally shocked and thrilled that John Krasinski of all people, who was best known as Jim Halpert from the NBC sitcom ‘The Office’, was capable of being such a skilled director and interesting storyteller.

‘A Quiet Place II’, which is also written and directed by Krasinski, and once again stars his real-life wife Emily Blunt, is not flying under the radar and won’t sneak up on anybody. Expectations are very high for the film, and unfortunately, it doesn’t live up to them.

‘A Quiet Place II’ isn’t a terrible movie by any stretch. In fact, there are some fantastic moments, like the first five minutes of the film. But beyond that, it is too often a forgettable, generic, repetitive and predictable horror film/monster movie, which is a terrible letdown.

The film is chock full of sequences meant to be suspenseful, but they all feel so calculated and contrived as to be just another piece of movie-making manipulation manufactured by Hollywood conventionalities.

The drama and the narrative too seemed forced, flat and rushed. Missing is the claustrophobic dramatic sense of imposed silence, small spaces and familial relationships that fueled the drama, suspense and tension of the original.

Due to the events in ‘A Quiet Place’, the sequel lacks the combustible father-daughter drama to the extent it was featured in the original. The introduction of new characters, like the forlorn Emmett (Cillian Murphy), further dissipates the confined family drama aspect of the story that was so effective in the first film.

Also gone is the suspense from the all-encompassing dread and need for silence, as the aliens are exposed for having a weakness in the original, so silence becomes more a tactic than an existential demand in the sequel. And finally, in the sequel, the family ventures out into the world, thus diminishing the tension born of that sense of being trapped in the same space.

As for the cultural and political relevance of the film… well… cancel culture and political correctness have only gotten more powerful in the three years since ‘A Quiet Place’ premiered, but somehow ‘A Quiet Place II’ actually feels less metaphorically relevant.

If you strain hard enough, there is certainly some cultural and political subtext you can deconstruct. For instance, the notion of needing to find courage, stay calm and work together to overcome the woke beasts of cancel culture is there if you look hard enough. So is the idea of needing to find a big enough and effective enough communication device to expose the weakness of the PC police and defeat them. But none of that metaphorical analysis is fueled by remotely as much energy as that found in the first film.

Maybe it’s just a function of ‘A Quiet Place II’ not being as effective as the original, or maybe it’s because the original already rang the cancel culture alarm so there’s nothing new to posit on the subject in the sequel. Regardless, ‘A Quiet Place II’ doesn’t feel like a cultural lightning rod so much as a corporate cash grab. Such is life in Hollywood.

Ultimately, ‘A Quiet Place’ was an ingenious piece of storytelling that was unique and original. But while familiarity doesn’t breed contempt for ‘A Quiet Place II’, it certainly does breed predictability and boredom.