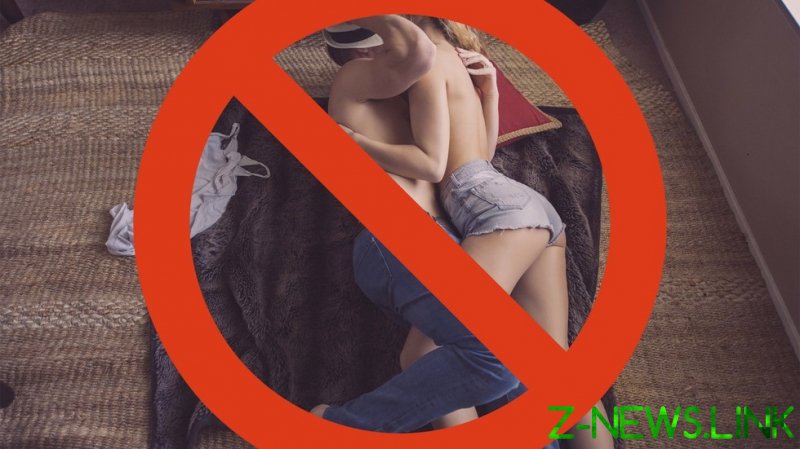 British couples who don’t live together have once again been banned from bonking by London’s coronavirus restrictions, which – as of Friday – forbid individuals living in “high risk” Tiers Two and Three regions from staying overnight at the house of someone outside their “bubble.” Unlike similar regulations rolled out over the summer, even individuals in an “established relationship” are strongly discouraged from getting it on.

The new rules prohibit mixing of households indoors unless the individuals involved are members of a support or childcare “bubble.” Traveling to the next town to have a sleepover with your significant other of several years is right out, as is taking home that hot little number you met at the bar (which closed, as Covid-19 diktat requires, at 10pm) – at least, for all who live under Tiers Two and Three, designated “high” and “very high” risk areas for Covid-19 transmission.

As of this week, Tiers Two and Three encompass all of London, Essex County, and most of the north of England, as 10 Downing Street added some 26.7 million people to the growing majority of Britons who will be forbidden from hooking up with their lovers.

“The purpose of the measures we’ve put in place is to break the chain of transmission between households,” a spokesman for PM Boris Johnson stated on Friday, explaining why there was no exemption for “established relationships” in areas designated Tiers Two and Three. “You should mix with your own household only unless you’ve formed a support bubble.”

While the spokesperson admitted that “obviously that does apply to some couples,” he reiterated that “there is greater transmission of the virus indoors” – words of wisdom that perhaps could be interpreted as encouraging virus-crossed lovers to try their hand (or other body parts) at al-fresco loving.

Perhaps embarrassed to probe even more deeply into residents’ sex lives, the Department of Health has also avoided trying to pin down what constitutes an “established” couple, other than to suggest that those “in the early stages of a relationship” should be careful to obey social distancing.

“If you intend to have close contact with someone, you should discuss how you can help to prevent risks of transmission as a couple, for example, by ensuring you are both avoiding close contact with people you do not live with,” they stated.

While the UK’s strict lockdown requirements initially banned people from different households from having sex in June, triggering widespread indignation, Downing Street relaxed the ban later that month, “freeing” individuals living alone to get busy without government interference as long as one of them lived alone, and made the loopholes official last month. Under the revised regulations, people in an “established relationship” were allowed to enjoy each others’ company without the risk of Big Brother breaking them up – though technically “casual sex” was still illegal.

Health Secretary Matt Hancock has repeatedly struggled to defend London’s fluid policies without blushing and giggling, and so-called ‘Professor Lockdown’ Neil Ferguson dealt the absurd rules at least a temporary death blow when he was caught violating the regulations he had championed in May to engage in extramarital trysts with his lover.

However, the recently-introduced tier system, with its color coding so reminiscent of the US’ “terror warning level,” has brought Big Brother back into the bedroom in full force.