Home / WORLD / A newly declassified pre-9/11 report exposes Al-Qaeda ‘sleeper’ cells across US, so why was the intelligence not acted on?

A newly declassified pre-9/11 report exposes Al-Qaeda ‘sleeper’ cells across US, so why was the intelligence not acted on? 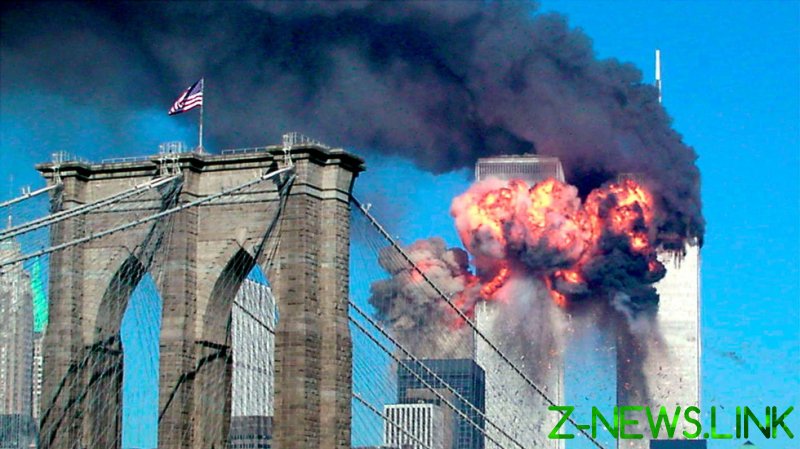 A previously secret report authored in January 2000 by senior members of the White House’s then-national security team, which concluded that US intelligence was ill equipped and ineffective in the face of a major and ever-growing domestic terror threat, has at last been declassified.

Dubbed the ‘Millennium Alert After Action Review’, it was compiled at the behest of the National Security Council’s Counterterrorism Security Group, by representatives of each of the US government’s counterterrorism and security agencies, after a major planned terror attack was thwarted at the end of 1999.

Ahmed Ressam, an Algerian living in Canada, was caught attempting to cross the border into Washington state in a car laden with explosives. He later admitted to the FBI that he’d been trained at an Al-Qaeda camp in Afghanistan and intended to bomb Los Angeles Airport on New Year’s Eve.

The Bureau made dozens of arrests, questioned an enormous number of individuals and placed hundreds under surveillance countrywide over the course of the ensuing investigation, although proving the targets in question were terrorists, let alone had terrorist connections, proved elusive. A feared wave of incendiary attacks during millennium celebrations that year didn’t materialise, although the sense that a major incident of some kind was inevitable pervaded the White House, leading to the review’s compilation.

It declares that “chance played far too important a role” in the avoidance of the Los Angeles plot and it was “currently remarkably easy to enter the US from Canada carrying bombs or WMD [weapons of mass destruction] material.” A terrorist infiltrating the US by driving through unstaffed border crossings was a “simple matter.” Indeed, had Ressam chosen one of the large number of unattended border checkpoints – of which there were said to be 30 in Minnesota alone – he would have slipped into the US undetected.

The report goes on to note that investigations had revealed the existence of potential sleeper cells across the US, with “widespread organized terrorist supporters” representing a dangerous prospective “terrorist presence.” These individuals raised money outside the country, often criminally, to fund their activities, and provided “infrastructure” to support foreign “hit teams” brought into America. This presence was said to be “widespread” and include numerous metropolitan areas in which the FBI didn’t operate dedicated terrorism taskforces with other agencies.

Grave operational shortfalls didn’t end there. The millennium investigation had “stretched to the limit” the FBI and Justice Department, forcing the pair to “jury-rig” the investigation to acquire authorization for the “unprecedented” number of Foreign Intelligence Surveillance Act operations involved.

Even more ominously, the Review concludes that US efforts to date to disrupt Al-Qaeda and its affiliates had “failed to significantly degrade their global operational capability.” It recounts how, following the uncovering of a plot to bomb four sites in Jordan, targeting US and Israeli tourists, the CIA implemented “one of its largest global disruption operations ever,” targeting terror groups and individuals across Africa, Europe, and the Middle East.

While the effort “threw a number of terror groups off-balance,” its achievements were “tactical and temporary” only – it failed to “seriously weaken” Al-Qaeda, which, by that time, had built up “robust” networks in over 20 countries, and “some presence” in 50 others. These capabilities meant the group could “strike at multiple US targets in several countries simultaneously.”

As such, the review outlined 18 recommendations, with 16 accompanying funding proposals, to “seriously weaken” Al Qaeda’s “global web.” Few were adopted, and not long after taking office in 2001, George W. Bush downgraded the Counterterrorism Security Group, effectively demoting its chief Richard Clarke, and creating layers of bureaucracy between him and the White House. Numerous memos authored by Clarke urgently requesting high-level meetings to discuss Al-Qaeda and outlining strategies for combating the group at home and abroad, were ignored.

The 9/11 Commission concluded that intelligence failures, in part resulting from underfunding of counterterrorism efforts, played a significant role in the successful execution of the attacks. However, there are clear indications the CIA was sufficiently equipped to avert the tragedy well in advance.

In 1996, Alec Station, an Agency unit tasked with tracking Osama Bin Laden and his associates, was created. While effectively a joint effort with the FBI, Bureau operatives assigned to the endeavor needed authorization from the CIA to pass any information they gleaned on to their superiors – and faced harsh penalties for doing so without permission.

By late 1999, with clear insinuations of major Al-Qaeda plots in the offing, the National Security Agency and CIA began monitoring an “operational cadre” consisting of, among others, Nawaf al-Hazmi and Khalid al-Mihdhar. They attended a conference convened by the terror group in Malaysia in January 2000, and when two FBI agents assigned to the station learnt the pair had entry visas to the US, they demanded the information be passed to their headquarters.

“We’ve got to tell the Bureau about this. These guys clearly are bad … We’ve got to tell the FBI.” And then [the CIA officer] said to me, ‘No, it’s not the FBI’s case, not the FBI’s jurisdiction’,” Mark Rossini, one of the FBI agents in question, has alleged. “If we had picked up the phone and called the Bureau, I would’ve been violating the law. I … would’ve been removed from the building that day. I would’ve had my clearances suspended, and I would be gone.”

Neither the Bureau nor the Federal Aviation Authority was told, and in January 2000, Hazmi and Midhar arrived in California. This created a truly extraordinary situation in September that year, when the hijackers moved into the San Diego home of an FBI informant, who mentioned the pair to his handler. He also helped get Hazmi’s name, address, and home phone number listed in the local phonebook.

The CIA moreover allegedly refused to cooperate with the Defense Intelligence Agency’s Able Danger program, which was tracking potential terrorists in the US. A former member, Anthony Shaffer, alleges that Langley perceived Able Danger to be encroaching on its turf, and he was told by an Agency operative that “[we] will never give you the best information from [Alec Station] or anywhere else … because if you were successful in your effort to target Al-Qaeda, you will steal our thunder.”

Shaffer also claims that Able Danger identified many of the individuals responsible for 9/11 prior to the attacks, including members of the “Brooklyn cell” such as Mohammed Atta – who, it was reported in the days after, was under CIA surveillance in Germany in January 2000 until he left for the US in June.

Richard Clarke also wasn’t informed of Hazmi and Midhar’s entry to the US, despite Agency chief George Tenet calling him at the White House several times a day and meeting with him in person every other day to discuss intelligence on Al-Qaeda “in microscopic detail”. Had he been told at any point prior to 9/11, even a week before, he believes the attacks could’ve been averted – a view shared by numerous senior FBI officials.

Clarke contends this decision was made at the highest levels of the CIA, and has pointed to a far more sinister explanation than mere internecine rivalry – Langley was using them in a secret operation of some kind.

In response to immense pressure from the still-grieving families of 9/11 victims, President Biden has moved to declassify a trove of documents related to the attacks. Whether the truth will finally emerge two decades on from that fateful day remains to be seen.