Home / WORLD / ‘A new low’: SNL gloats about Trump’s Covid-19 diagnosis, gets not so warm welcome on Twitter

‘A new low’: SNL gloats about Trump’s Covid-19 diagnosis, gets not so warm welcome on Twitter 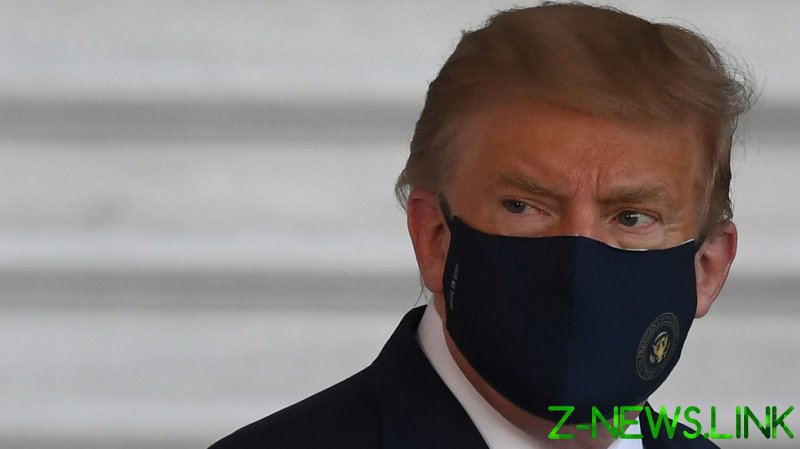 The SNL cast used nearly every opportunity to take shots at the US president’s health status. Host Chris Rock began the program by noting that Trump has been hospitalized with coronavirus, adding: “I just want to say my heart goes out to Covid.”

The quip was followed by a skit in which actor Jim Carrey, portraying Democratic nominee Joe Biden, gave a ‘stump speech’ in which he suggested that Trump deserved to be infected with the “dangerous” virus.

The jokes received a chilly reception on Twitter, with many arguing that SNL has become a partisan platform used to fire uninspired broadsides at Republicans.

Others described the sketches as “a new low” and “really awful.”

However, some defended the skits, arguing that Trump had been flippant about Covid-19 deaths and that there was nothing wrong about using comedy to criticize the president.

One observer suggested that the controversial jokes could be used to determine if Trump is suffering from serious health problems, noting that if the president doesn’t tweet about the SNL skits, it likely means he’s been incapacitated by the coronavirus.

Trump revealed earlier this week that he and his wife, Melania tested positive for Covid-19. He was flown to Walter Reed on Friday evening after experiencing minor symptoms. The president said that he was feeling better but his doctors have cautioned that he’s not “not yet out of the woods.”