Home / Game / A new cinematic trailer was devoted to the plot of Call of Duty: WWII

A new cinematic trailer was devoted to the plot of Call of Duty: WWII 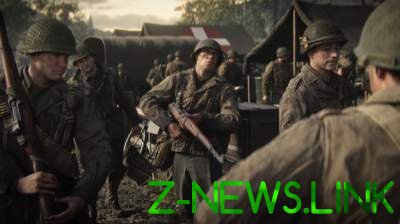 It showed all the main characters and hinting at how the events will develop the upcoming story campaign.

The past few months, Activision and Sledgehammer Games explained and demonstrated different aspects of the multiplayer mode of Call of Duty: WWII, which, recall, will be open for beta testing on PC from 29 September to 2 October. And now the developers decided to pay attention to the story campaign.

In particular, today Activision released the cinematic trailer of the story that formed the basis of the Call of Duty: WWII. Its main character — an ordinary Ronald Daniels, nicknamed “Red” rookie of the First infantry division of the US Army. His familiarity with the atrocities of war will begin with the Normandy invasion, then the guy with his squad (and best friend Sussmann) will go deep into Europe, where, judging by the video below, it will wait for a lot of dramatic situations.

By the way, if you believe the official “Twitter” in the next few days we are waiting for other details to the story campaign of Call of Duty: WWII. Tomorrow, for example, Sledgehammer Games promises more thoroughly acquaint us with a group of Daniels, and then with the allies they’ll meet along the way.

Call of Duty: WWII will be available on PlayStation 4, Xbox One and PC November 3, 2017.