Home / WORLD / A new book explains why the first transgender athlete to compete against women at the Olympics has wired-in, unfair advantages

A new book explains why the first transgender athlete to compete against women at the Olympics has wired-in, unfair advantages 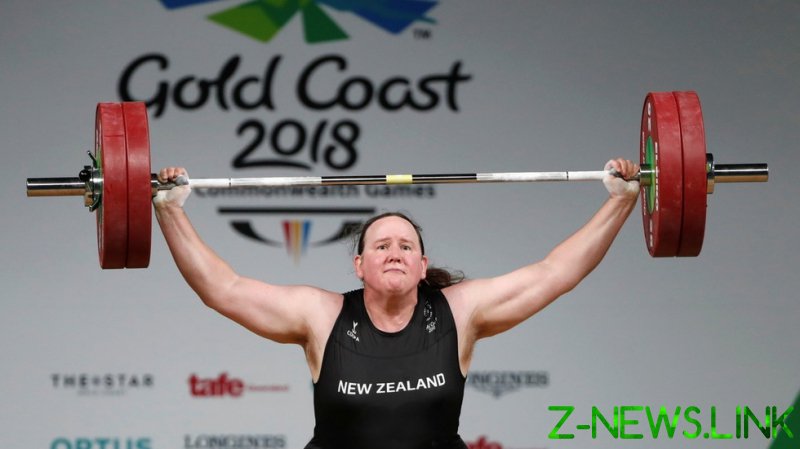 The Tokyo Olympics get underway this week but the women’s weightlifting competition is already mired in controversy. Laurel Hubbard will represent New Zealand in the 87kg+ class and become the first male-born transgender athlete to compete against women at the Olympic Games.

The 43-year-old’s eligibility followed a 2015 ruling by the International Olympic Committee. Transwomen can compete alongside women if their testosterone levels are below 10 nanomoles per litre for at least 12 months before their first competition.

Why 10 nmol/L? Women’s testosterone is much lower, typically in the range 0.2 – 1.7 nanomoles per litre; possibly it was a round number plucked out of the air? Or set as a sop to the vocal trans activist lobby? Who knows? But it is a controversial issue that’s dogged athletics for many years, including the banned two-time Olympic champion runner Caster Semenya.

But wherever the committee sets its arbitrary cut-off, everybody knows that male and female bodies are distinguished by rather more than the concentration of testosterone in the latest blood test.

In her superb new book, Testosterone: The Story of the Hormone that Dominates and Divides Us, Dr Carole Hooven explains why we are different. Hooven – currently the Co-Director of Undergraduate Studies in Human Evolutionary Biology at Harvard – brings the science to life, and makes it accessible to the general reader. She draws liberally on her experience in the field. We travel with her to observe the sex lives of chimpanzees in Uganda, and red deer on the island of Rum in the Hebrides. There is lots more sex in the book: rats do it, birds do it and spiny lizards do it, and Hooven tells us about it.

The common link is the need to reproduce. Any species where males and females do not feel the urge to copulate with each other will not be long for the world. Testosterone is the key to sexual dimorphism – Hooven is clear about that – but nature did not tag it on as an afterthought. It is fundamental to our development and, in humans, it starts working early, way back in the womb. We all started out with “bipotential gonads,” but eight weeks after conception – while we were the size of grapes – male and female went their separate ways.

While human bodies develop along two distinct pathways, “intersex” variations exist within each one. Hooven discusses them sensitively and comprehensively. Accurate and thorough in her approach, she draws on the experience of people with “differences of sexual development,” or DSDs for short. This terminology is far better: nobody is between the sexes, and there is certainly no third sex.

Recently, political activists have tried to muddy the waters on this point, confusing the material reality of our sexed bodies with our feelings about them and how we might identify. But Hooven is refreshingly clear. She defines sex by the “design plan for the gametes.” Because not all animals have XX and XY chromosomes. In birds, she tells us, males have a pair of identical sex chromosomes (ZZ), while females have two different ones (ZW). Turtles and crocodiles have no sex chromosomes – the temperature of the eggs determines the sex. But in all these species, males produce small mobile gametes (sperm), while females produce larger immobile gametes (eggs).

Few readers will challenge the idea that prenatal testosterone sexes our bodies, but what impact did it have on our psychology? Hooven took particular care to explore the idea. She noted the unusual gendered behaviour of girls with congenital adrenal hyperplasia (CAH). This DSD causes elevated testosterone levels throughout their foetal development. Studies show that these girls show play preferences “that were much more masculinised than their unaffected peers.”

“Compared to age-matched unaffected girls,” Hooven reports, “CAH girls gravitate towards rough and tumble play; choose toys such as trucks, planes, and blocks; and have a greater preference for playing with boys.” And when these girls grow up, they earn more money than the control group.

Hooven is courageous to explore these ideas. They run counter to the idea that gendered behaviour is driven by society. Instead, it seems that patterns of behaviour are hard wired into us.

But there are sound evolutionary reasons for gendered behaviour. The two sexes have different roles in reproduction, obviously, and males and females who adopt certain patterns of behaviour are more likely to pass on their genes. In some species, for example, promiscuity conveys advantages on the male but not on the female. Hooven led us through the very different behaviours of male and female deer on the island of Rum. The difference is testosterone. Whatever else it does, its primary job “is to coordinate male sexual anatomy, physiology and behaviour in the service of reproduction.”

When juveniles play, Hooven suggested that they are practising the adult behaviours they need to survive and reproduce. Over evolutionary history, different patterns of male and female play become established. As a teacher, I am familiar with the different ways in which boys and girls tend to play. Hooven observed young rats playing differently; social constructs could not explain that.

Hooven warns that some scholars and academics are not fans of the idea that testosterone masculinises the brain as well as the body but, if something is true, it is pointless to deny it. Indeed, unlike chimps and bonobos – our closest neighbours whose communities are notable by gendered behaviour – we can understand why we are like this. Male aggression may have helped our evolutionary ancestors fend off rivals, but today it can be very destructive, and we need to temper it. Hooven is clear about that when she refers to her son, “masculine feelings are not toxic, what matters are actions and he has control over those.” But, as she points out, “one can’t solve a problem if one misunderstands its causes.”

A chapter is devoted to transgender issues, where Hooven focussed on the impact of cross-sex hormones. I take cross-sex hormones myself – I am transgender – so this piqued my interest. Hooven, perhaps understandably, shies away from social commentary and focuses on the biology, but it leaves the impression that she sits on the fence regarding the impact on individuals and society. Regarding children, I would come down more strongly against paediatric transition. Hooven is clear that the long-term risks of puberty blockers are unknown, but I feel she underplays the dangers.

But with Hubbard and the Olympics sure to be in the news, we come back to the question, should transwomen compete with women? This book provides us with much food for thought. Hooven takes us through all the stages of male physical development. Boys become acquainted with testosterone long before puberty. After the surge in utero, it flares up again shortly after birth. But when boys go through puberty, the impact is profound. From then on, boys have an undeniable physical advantage, and Hooven notes, “nearly every boy by age 15 throws better than the best girl.”

Many advantages become ingrained. Subsequent hormone therapy may well take the edge off performance, but bones will always be stronger, muscle will not revert to the female level, nor will hearts and lungs shrink. It is hardly fair for someone who retains such advantages to compete against women.

Whether Hubbard will be able to lift better than the best woman is yet to be seen, but whatever the order of merit, women are displaced within a competition they thought was theirs. That is not fair and this book tells us why it’s not fair. This is a book, therefore, that needs to be read, and not just to find out how spiny lizards reproduce.

Testosterone: The Story of the Hormone that Dominates and Divides Us, by Carole Hooven (Octopus books) £16.99 hard cover