Home / WORLD / A nation no longer divided? How Russians are increasingly remembering, rather than erasing, the country’s bloody Civil War history

A nation no longer divided? How Russians are increasingly remembering, rather than erasing, the country’s bloody Civil War history 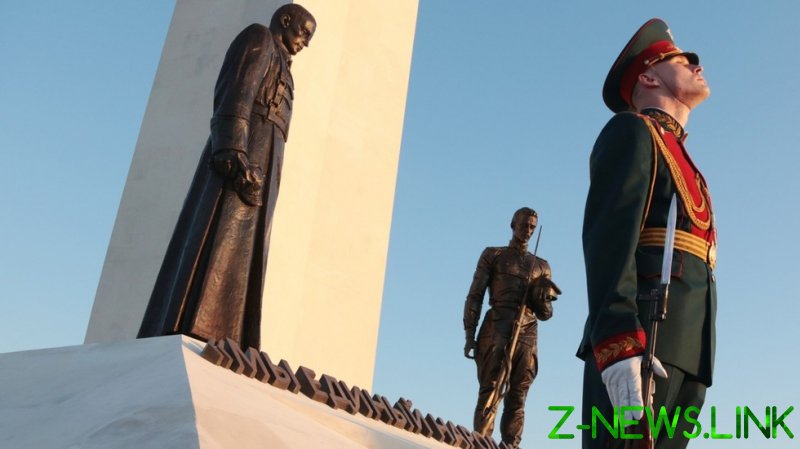 It is said that modern Russia is a conservative country, but that begs the question – what are Russians trying to conserve? The basic principle of conservatism is that a society should develop in accordance with its own traditions. But in the past 105 years, Russia has twice experienced radical breaks with its past which have thoroughly destroyed its established traditions. Does conservatism mean returning to the pre-revolutionary Russian Empire and the old Tsarist slogan of ‘Orthodoxy, Autocracy, and Nationality’? Or does it mean preserving the values of Soviet communism?

Which is the true Russia? Red or White?

The monument in Crimea’s famed naval city attempts to bring an end to the century-old conflict between Red and White, recognizing both as patriots who sought to better their country, albeit by different means. Despite their opposing views, it declares, they were both sons of Mother Russia, who should now be reconciled and reunited as one single family.

Entitled the Monument to the Victims of the Civil War, the new sculpture commemorates all those who died in the Russian Civil War between 1917 and 1921. The choice of Sevastopol as a location reflects the fact that it was there in November 1920 that the last major White Army abandoned the struggle and fled Russia, embarking on a fleet of ships and sailing across the Black Sea into exile.

The centerpiece of the design is a statue of Mother Russia calling on her sons to reconcile. Beneath her are the figures of two brothers, one a lieutenant in the White Army and the other a Red Army commander. At the base of the central column are inscribed words by the Soviet author Mikhail Sholokhov, as well as works by Civil War era poets Maximilian Voloshin, Marina Tsvetaeva, and Nikolai Turoverov, the last of whom served in the White Army.

Speaking at the opening ceremony, former Culture Minister Vladimir Medinsky summarized the purpose of the monument, saying that,

“We must finally cease to divide our ancestors into red and white, right and wrong, winners and losers, for there are no winners in a civil war. The main lesson that our ancestors have left us is that there is nothing more terrible than a fratricidal struggle. There is nothing more terrible than when one state, one family is divided. This monument is dedicated to all the participants of the war, to all sons of Russia. We must remember this important historical lesson. We can be very different, but we are one people, and we have one Russia.”

Not everybody welcomes this message. Reflecting the communist point of view, one inhabitant of Sevastopol denounced the monument to the press as “White revenge” built on the ruins of “a destroyed Soviet military factory.” It symbolizes all that is wrong about modern Russia, he complained.

Some conservatives also dislike the monument. Writing in the newspaper Vzgliad, Sergei Khudiev attacked the idea behind it, saying:

“If the Whites wrote on their banners ‘For Russia the Holy’, the attitude of the Bolsheviks was well expressed by the poet’s words ‘shoot a bullet into Holy Russia’. This was not a tragic misunderstanding between two groups of honest citizens. This was a clash of two fundamentally incompatible worldviews. Some fought for the Motherland – others for the international… The Whites fought for Russia, the Reds fought for a global ideological utopia. Whites stood for the Orthodox faith – Reds blew up churches and turned monasteries into concentration camps. In other words, one of the sons was a mother-killer, the other did the best he could to stop him. It is pointless to reconcile the Bolsheviks and the Whites on the grounds of a common patriotism, because whatever you think of the Bolsheviks, they weren’t patriots.”

Russian liberals similarly dislike positive portrayals of communists. Their aim is decommunization, in line with what has happened in Ukraine, where almost all Soviet symbols have been destroyed, and streets and cities renamed to eliminate all reference to them. Rather than putting up monuments to both Reds and Whites, Russia should be busy tearing down everything Red, they believe.

In reality, this is impossible. Other Eastern European states have been able to decommunize by portraying communism as a foreign ideology imposed on them by the Russians. Russians don’t have that option. Furthermore, it would mean turning their backs on valued Soviet achievements, such as the victory over Germany in the Second World War and the USSR’s success in the space race. This is not something that Russians are prepared to do.

Western critics often accuse the Russian state of glamourizing the Soviet past, and even of seeking to “rehabilitate Stalin.” The reality is very different, as shown by the state’s financing of monuments such as the Wall of Grief in Moscow, which commemorates the victims of Soviet repression. The support provided by the Russian state for the Civil War monument in Sevastopol shows that it occupies the middle ground between Soviet apologists on the one hand and anti-Soviet nationalists on the other.

In this way, it probably reflects the attitude of majority of the population. Most Russians, it seems, are quite happy to mix and match bits and pieces of different periods of Russia’s past – Tsarist art and literature on the one hand, and Soviet industrial achievements on the other; the Orthodox Church and the Soviet space program; the Red Army and the White Army; and so on. However incoherent, it seems to work.

Meanwhile, Medinsky’s words about the dangers of civil war contain a message about current politics – unity is all important; internal disputes should be subordinated to a common devotion to Mother Russia; and those who seek to divide the country should be spurned. In this way, the Monument to the Victims of the Civil War may not tell us much about the Civil War, but it tells us a lot about the priorities of the Russian state today.