A large fire in Moscow: released new footage of the incident. Video 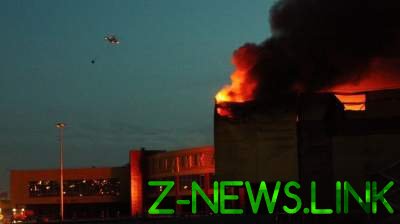 In the capital of Russia lit up the Mall.

In Moscow lit up the Mall “Sindika” which is located on the ring road. The total fire area is 55 thousand Sq. meters, collapsed roof on the area of 300 square meters, there is a risk of further collapse.

“According received from the doctors, one person was hospitalized in the research Institute. Sklifosovsky “, – reported in the operational headquarters on the site of the fire.

Shopping center burns in almost the entire area, and a column of black smoke visible even from the center of Moscow. Earlier, a source reported that the car Park blew up a few cars.

On the scene of the fire are almost 100 people involved three helicopters Ka-32, eight units of gas and smoke protective service. The building evacuated 3,000 people.