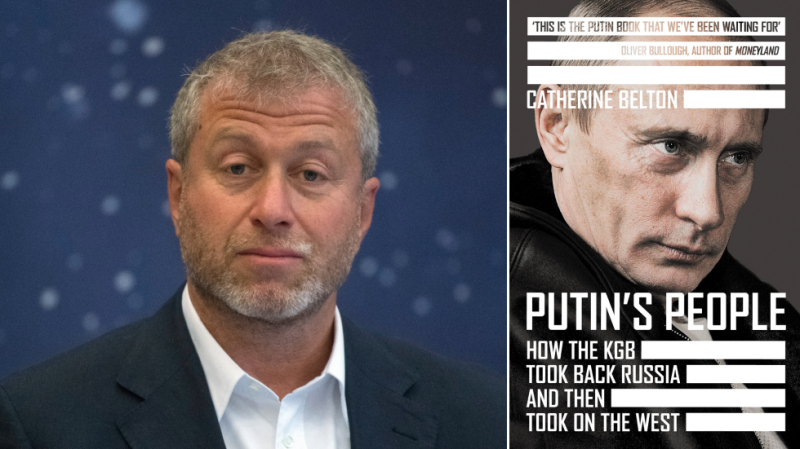 Now, the chickens may be coming home to roost, as exiled Russian billionaire Roman Abramovich launches a libel case against a former Financial Times correspondent who compiled a much-criticised book largely based on testimony from an ex-Kremlin insider with a documented history of offering false evidence. The word around Moscow apparently suggests Abramovich’s move may open the floodgates for a raft of similar legal claims.

Years ago, I met a researcher who was investigating the work of US correspondents in the Stalin-era Soviet Union. These included the New York Times’ Walter Duranty and the New York Evening Post’s Hubert Renfro Knickerbocker, both of whom won Pulitzer Prizes for their reporting from the country. According to my friend, the archives proved that both men were well aware of the crimes committed by the Soviet government, but deliberately covered them up.

I can’t confirm this for myself, but it’s a cautionary tale that should make readers pause before taking anything for granted that comes out of the pen of even the most respected Moscow correspondent. Some of it is good, even very good. But some of it is, to be polite, not really up to snuff.

This includes the inevitable book that the Western Russia desk seems to feel obliged to churn out, either when they’ve been in the country for a long time or after their tour of duty comes to an end. These all seem to share a common viewpoint, namely, that life in Russia sucks. The only difference is the explanation of why this is. Because, in order to prove originality, each correspondent has to come up with a different theory.

Thus, the Guardian’s Shaun Walker theorized in his 2017 book ‘The Long Hangover’ that it was because Russians have failed to come to terms with the horrors of Stalinism. By contrast, in his 2020 work ‘Between Two Fires’, the New Yorker’s Joshua Yaffa blamed a different Soviet legacy: the survival of what Russian sociologist Yuri Levada called the “wily man” – a type of person who subverts himself by means of perpetual compromise with a “repressive” regime.

One of the latest in this long line of tomes is ‘Putin’s People: How the KGB Took Back Russia and Then Took on the West’, by the Financial Times’ former Moscow correspondent, Catherine Belton. Its explanation for why Russia is supposedly so terrible is that KGB members siphoned off money from the Soviet Union during its collapse and then assumed control of the country under Putin. Belton further argues that Russia is spreading its corruption beyond its borders to the West. Russia’s “tragedy” is thus our tragedy, too.

Critics have pointed to what they see as significant flaws in Belton’s methodology. These include reliance on an exiled one-time millionaire whose credibility has been found wanting by the British courts; regular use of anonymous sources; and repetition of rumour and speculation. Cardiff University professor Sergey Radchenko, himself a native of Russia’s Far East, describes the book as being “untenable as ‘history’,” but “well written” as “fiction.”

Radchenko continues, “Most of the times I checked Belton’s footnotes for scandalous claims, I’d find anonymous sources, or links to some dubious website, or untrustworthy sensationalist books.”

This methodology has now gotten Belton in trouble, because Abramovich has announced he is launching a defamation lawsuit against her and her publisher for claims in her book about his purchase of Chelsea Football Club. This follows a case last month in which Abramovich forced the Independent to apologize for repeating a claim that he acted as a “bag carrier” for Russian president Vladimir Putin’s alleged “illicit presidential wealth.”

The offending passage of Belton’s book comes on page 352. There, she writes the following:

“According to Sergei Pugachev, from the start the acquisition [of Chelsea] had been aimed at building a beachhead for Russian influence in the UK. ‘Putin personally told me of his plan to acquire the Chelsea Football Club in order to increase his influence and raise Russia’s profile, not only with the elite but with ordinary British people,’ he said. Putin had directed Abramovich to buy the club, claimed a Russian tycoon and a former Abramovich associate.”

On the next page, Belton adds that “Abramovich’s move into Premier League football had also been aimed at increasing Russia’s clout with FIFA, the International Football Federation. … ‘Roman was asked by Putin to go into football,’ said the former Abramovich associate.”

As can be seen, Belton relies heavily on the testimony of exiled millionaire Sergey Pugachev and an anonymous source. One may be excused for not trusting either. Belton admits that Pugachev was “found to have given false evidence” to a British court, and that “one of the judges presiding over the case, Justice Vivien [sic] Rose, found she could not ‘safely rely on any evidence he gave’.” Yet she cites him again and again throughout her book as if he were a reliable source.

On page 353, Belton admits the allegation that Abramovich was acting on behalf of Putin might not be true, but 10 pages later, she repeats it anyway, writing that, “when Abramovich bought Chelsea, he may have been acting on Kremlin orders.” It’s not for me to say whether this constitutes defamation. That depends on the specifics of British law. But what is clear is that the claim is not well supported by evidence.

Were this a one-off, one might (if one were not Roman Abramovich) excuse it. Unfortunately, it’s something of a pattern in reporting on Russia. Last week, for instance, Britain’s Daily Mirror declared it had obtained a new “kill list” issued by Vladimir Putin, containing the names of enemies he supposedly wants murdered. Again, this relies on an anonymous source – a supposed member of the Russian security services. The idea that such a person would put their life at risk by publicly exposing themselves is, of course, absurd. But this did not stop many from repeating the unverifiable story as 100-percent true.

Sadly, however, truth doesn’t always seem to be the top priority. In the face of Abramovich’s challenge, some of Belton’s journalistic colleagues leapt to her defence on Twitter. “‘Putin’s People’ is an excellent book, and Catherine Belton is an excellent journalist,” tweeted former Moscow hack, and contributor to the Guardian, Oliver Bullough.

“Anyone who cares about truth, justice and freedom should support Catherine Belton,” said Edward Lucas, late of the Economist.

One can understand journalists’ desire to protect one another against defamation suits. One never knows who will be next in line. But shouldn’t they also worry about salacious allegations based on dubious sources? Or, in the case of Russia, is that what is considered “excellent” journalism? One has to wonder.