Home / WORLD / ‘A great asset’: Why the US is losing the war on inflation 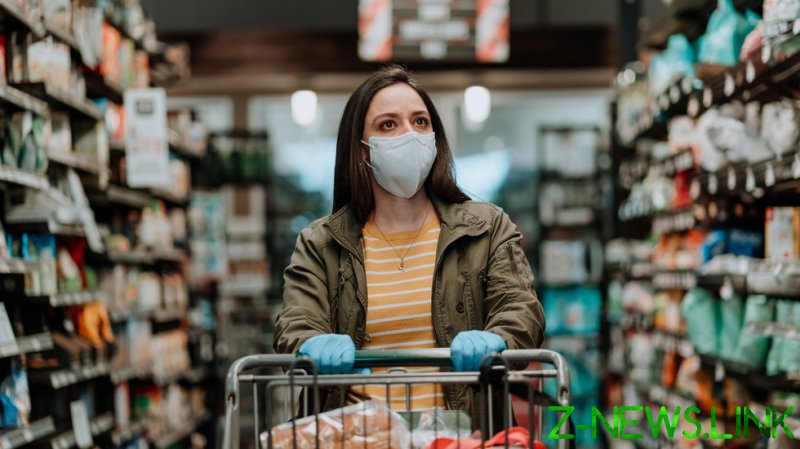 25 Jan, 2022 14:07 HomeWorld News ‘A great asset’: Why the US is losing the war on inflation Rising prices may be the Democrats’ undoing in midterms, so no wonder Joe Biden gets riled up when asked about it 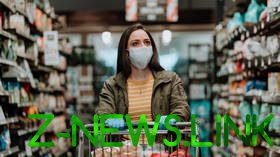 US President Joe Biden landed in hot water after insulting a Fox News correspondent in a hot mic gaffe. Peter Doocy appeared more amused than angry, however, over being called a “stupid SOB” by the big man in the Oval Office. And with most of the US media on the Democrats’ side, the president will hardly be branded an enemy of the free press over the incident, unlike his Republican predecessor.

The invective reaction was triggered by a question on inflation and whether Biden considered it a liability for the midterm elections. “That’s a great asset, more inflation,” the president mused, before dunking on Doocy’s mental capacities.

The response arguably demonstrated how big of a concern the rise of consumer prices at a rate unseen in decades is for his party. The US consumer price index climbed 7% last year, according to Labor Department data, marking the largest 12-month gain since June 1982.

So what is inflation? What actually caused it?

For consumers, inflation is pretty straightforward: you pay more for your groceries or when you fill up your tank than you did the previous month. Most likely, your wages don’t keep up. You may become frustrated, angry and wish the other party was in power.
Viewed from high up, inflation is a complicated process with multiple causes, and, some argue, the current spree is unique because of the circumstances. One of the major factors is the surge in global demand for energy, as the world economy recovers from the Covid-19 pandemic. The prices are further pushed up due to some countries phasing out fossil fuels and dealing with a shortage of renewable generation.
Then there is the disruption of global supply chains due to the pandemic. It was exacerbated by the ‘right on demand’ logistics approach that major companies adopted in a drive to boost their profit margins.

More direct corporate greed is another aspect. Big businesses are enjoying record-high profits despite all the hardships that the US faced as a nation. Voters across the political aisle seem to agree that a lack of competition in a country that supposedly champions the market economy is to blame for inflation.

What can the White House do about it?

The Biden administration has put its energy into tackling supply chain problems. The White House allowed container-clogged ports to operate 24 hours a day and reached out to major retailers about their logistical disruptions. The White House also promised that in the long run the infrastructure spending package it managed to get through Congress will help address supply issues and curb inflation.
There were also measures taken to address the energy situation. The US tapped into the Strategic Petroleum Reserve and has been publicly pressuring OPEC countries to make them increase supply.
Biden could also feasibly scrap the Trump-era tariffs with China, take an aggressive stance on price fixing and other monopolistic shenanigans, or lean on the Federal Reserve to do more to regulate inflation. But all those approaches would probably come at a political cost, since they would upset war hawks and fat cats protecting their defense contracts and generous loans from the Fed.

Does the labor movement have something to do with this?

Some of the pressure on the US economy comes from the revitalized labor movement, which appears to be waking up from decades of dormancy and is showing its teeth to employers.
Last year’s strikes at John Deer and Kellogg secured better contracts for the employees and put a dent in the so-called tiered system of compensation, under which workers doing the same job can be paid differently depending on when they were hired.
Amazon and Starbucks faced tough busting battles against unionization efforts with various degrees of success. Entertainment giant Activision is facing pressure from its quality testers, which could pave the way for the first union in the American gaming industry. The union is still ‘pending approval’ by Activision.

Meanwhile, companies that cannot or would not offer workers better terms are finding it hard to fill the vacancies, as many workers would rather ditch unfulfilling jobs and walk into uncertainty. Some may dislike the nationwide walkout, even compare it to a disease, but it cannot be ignored. And it fueled inflation to some degree as transport companies struggled to get all hands on deck to make deliveries.

But didn’t the Biden administration call ‘inflation’ a good thing?

Before inflation hit hard and dragged Biden’s approval ratings deep under water, some in the White House argued that a bit of a price hike may actually be good news. It’s just things going to where they are supposed to be as the economy recovers, let’s not overreact, Bharat Ramamurti, the deputy director of the National Economic Council, assured in May 2021.
As the severity of the consumer prices storm became apparent, some media continued to put a positive spin on it. Covid-19 is unique in that even the poor may not be as hurt by it as during previous economic crises, so they can weather some inflation, MSNBC suggested, chiding CNN for its gloomy coverage. Inflation will eat up fixed-rate debts like mortgages and may ultimately hurt the rich most, the network agreed.

Can it ultimately put an end to a US president’s career?

Finding a silver lining may ultimately be an exercise in futility. Since at least the dreaded stagflation of the 1970s, Americans have seen stability of prices as a major goal, and have punished those who could not deliver at the ballot box.
Inflation may have not been the main cause of Richard Nixon’s downfall, but his successor Gerald Ford lost to Jimmy Carter as inflation averaged almost 9% during his three years of presidency. Carter likewise failed to tame it, and Reagan swooped in four years later. Part of his venerated status among Republicans comes from Reaganomics keeping prices in check.

Considering this toxic legacy, it’s no surprise that the GOP does its best to cudgel Biden personally and his party with predictions that if he gets his social spending agenda past internal dissenters, inflation would spiral out of control. And it doesn’t take a degree in political sciences to see a red wave likely coming in November, margaritas and kickboxing classes be damned.