Home / Game / A gamer with his bare hands overcame a fighting elephant in Assassin’s Creed: Origins

A gamer with his bare hands overcame a fighting elephant in Assassin’s Creed: Origins 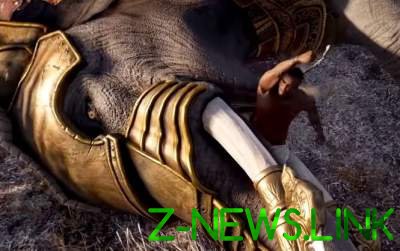 The fight was senseless and merciless.

Gamer under the nickname SPGamer proved that if you put a clear goal and patience, you can achieve great, though meaningless heights.

For this, he entered the fray with a fighting bull in the new game series about the confrontation of assassins and Templars Assassin’s Creed: Origins.

During the battle on hard difficulty gamer using only his fists.

Although, to overcome one of the most formidable opponents in the game, he had to spend a lot of time in the end, the huge bulk of the elephant were still at his feet.

According to the gamer to achieve this, he needed “1000 attempts”.