Home / WORLD / A gadget tax to fund the arts? Just how self-obsessed and tone deaf have these celebrity actors and artists become?

A gadget tax to fund the arts? Just how self-obsessed and tone deaf have these celebrity actors and artists become? 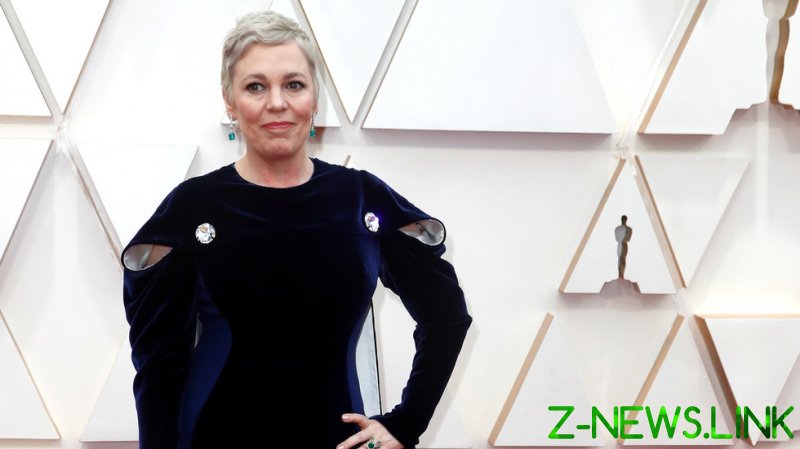 I know it’s really hard for the self-obsessed at the epicentre of the world’s most self-obsessive industry to grasp this simple fact but, honestly, ladies and gentlemen of the stage and screen: the world does not revolve around you.

You’re really not all that important, in the grand scheme of things. If there was a war on, same as in World War Two and all that, you’d be out of work until it ended. End of discussion. Same as the fashion and music industries – these are luxuries, not a matter of life and death.

I know it’s uncomfortable and boring and you’re stuck alone in a comfortable home with your thoughts and your cats, but you had no choice but to get yourselves dug in; same as the rest of us.

A tone-deaf group of luvvies have suggested there should be a new tax on smartphones and tablets and such like, specifically to help them out, as they’ve had an awfully tough time of things these past eighteen-months or so.

Oh yeah? I know a bloke who used to run a successful restaurant, and business had been going great before the pandemic hit. He was working hard and making decent money at last, he even had a new girlfriend after a messy divorce a year or so previously.

Last time I saw him, he was living out of his van with the name of his now bankrupt establishment emblazoned on the side. The new woman was long gone, and he wasn’t the save-for-a-rainy-day kinda guy – so he had to cut and run, leaving a stack of unpaid bills on the bar. He is, right now, pretty much suicidal. For real-world reasons in the real world, not because his makeup ran on stage or he forgot a line of dialogue.

This wonderful luvvie tax idea is being fronted by actresses Olivia Colman, the Queen in ‘The Crown’ TV series, and Imelda Staunton from the Paddington movies and stuff, as well as abstract painter Sir Frank Bowling (I’ve never actually heard of this bloke). Adding between one and three percent tax to the price of a new gadget could fund the arts, they argue, to the tune of about £300million a year.

Nurses and other health workers in the NHS, by the way, were only offered a one percent pay rise by the Government. Are these luvvies seriously suggesting they’re three times as important? The British public backs the nurses, they deserve a better deal – that’s a fact. Sorry, but it’s really hard to muster the same response for the luvvies.

“Working with the tech industry and innovators in this sector, we want to support creators and performers, to rebuild and enable the UK’s world leading cultural heritage, tourism and creative industries and contribute to its soft power and international standing,” droned Gilane Tawadros, chief executive of the Design And Artists Copyright Society (DACS), one of the groups backing this so-called Smart Fund. “The arts provide sustenance to the engine room of cultural regeneration, recovery and renewal for the whole country.”

Those money machines, you see, they stopped generating billions due to the fact that, well, nobody was allowed out of the house. The Rolling Stones couldn’t roll around the globe hoovering up concert ticket receipts, Elton John couldn’t pull on his shiny outfits and be a Rocket Man in front of adoring fans paying exorbitant prices for a ticket – Mick and Keith, Elton and chums, they all had to stay home in one of their mansions.

A lot of fans were angry when the pandemic put the kibosh on these extravaganzas, of course, not only because they missed a good night out but also because they were ‘postponed’ rather than cancelled, meaning they struggled to get their money back.

Over £250million rightly – same as other industries – has already been pumped into the sector to help out venues such as the Cavern Club, the Liverpool birthplace of the Beatles and the Old Vic theatre in Bristol. And, in the States, somehow a hugely successful play about Founding Father Alexander Hamilton has received a whopping $30million in federal relief and may get $20million more. ‘Hamilton,’ by the way, grossed over $650million before covid-19 came along. Couldn’t they have put a few cents aside for the proverbial rainy day?

The BBC is paid-for by a tax on TV screens that is an anachronistic dinosaur in this the digital age, and plenty of people are sick of paying it because they don’t think the BBC has anything to offer them and they never watch BBC TV, they never listen to BBC Radio and they never access the BBC web services. The 23,000 nice middle-class boys and girls who work there create nothing much that can’t be found elsewhere.

It’s probably a decade or so away but it would seem the direction of travel is towards some kind of subscription model for the BBC, in the end.

And if between one and three percent is slapped onto the price of a gadget for this new luvvie tax, who do you think pays for it? It would come straight out of the pockets of people who have managed to hang on to their jobs and homes through this pandemic by the skin of their teeth.

So, luvvies, here’s a better idea. How about if you’ve got money in the bank, you put on free public shows in the park. And this tax idea is never gonna fly. Forget it, it’s never gonna happen. Why not go and ask for a handout from Netflix, Amazon, Disney+ and all that lot – subscriptions blasted through the billion mark last year.

They’re awash with cash as everyone was stuck at home watching telly. Best of luck with that one, though.