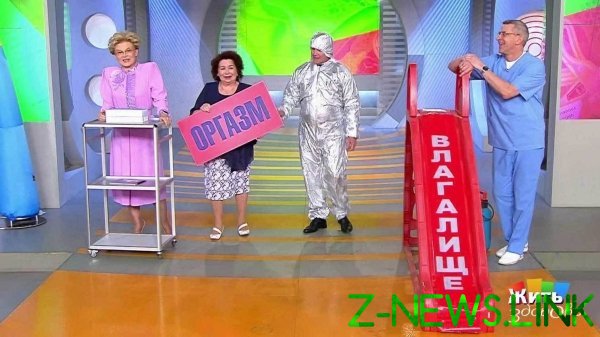 Former editor of the program Elena Malysheva Rustam ulbarisov said in Facebook about working under her supervision.

According to him, leading to severely maltreat subordinates, providing emotional pressure: for example publicly dismantle their health problems at the meetings. “She’s not foul language and is not directly insulting, but her humiliation worse,” he writes.

Ulbarisov said that Malyshev is established in your company a climate of fear: if her employees are behaving obsequiously, and behind constantly criticize it. A number of staff members used a sedative “Afobazol”, and the artist producing for the program foam genitals, regularly went on drinking binges.

Coupled with the difficult relationships in the channel ulbarisov noted violations of labor rights: according to him, had regularly processed on weekends and at night, not receiving compensation for it. At some point, he and his colleagues were forced to resign and sign new contracts on less favorable terms, and the conflict began, in which the whole Department in which he worked, went from the First channel.

In the post he comes to the conclusion that the whole system of emotional violence necessary Malysheva in order to increase their own profits from its program and then to buy expensive real estate.

Opposition leader Alexei Navalny released an investigation about a real estate family Malyshevich in the United States on April 29. According to him, in 2016, leading together with her husband bought a vacation house near new York for 6.4 million dollars. Bulk refers to public reporting, which means that in 2014, Malyshev owns two apartments in the centre of new York. In the video it is alleged that apartments, located in the same building, in the amount of cost leading to $ 4.2 million, is currently home to some leading sons.

Telegram-channel Mash said that to pay their property Malyshev took out a loan for a period of 30 years: the First channel needs her more than 150 million rubles.

Earlier Malyshev told me that her sons George and Vasily have moved to the USA. The elder, George, is in new York training with specialization in “cardiology”, and the youngest, Vasily, graduated from American law school. Presenter said he was not going to leave Russia, and called himself “a man who was born and grow old here because everything and everyone here loves you.”

Malyshev, doctor of medical Sciences, Professor. Since 1997, leads a popular-science program “Health” on the First channel. Since 2010, produces the show “Live healthy!” about health, beauty, nutrition and proper lifestyle. The transmission has been criticized for populism, the selection of the loud and controversial assessment of certain diseases.