Home / WORLD / A former Australian general has forecast a war between China and America will happen ‘within 3-5 years’. Is that really likely?

A former Australian general has forecast a war between China and America will happen ‘within 3-5 years’. Is that really likely? 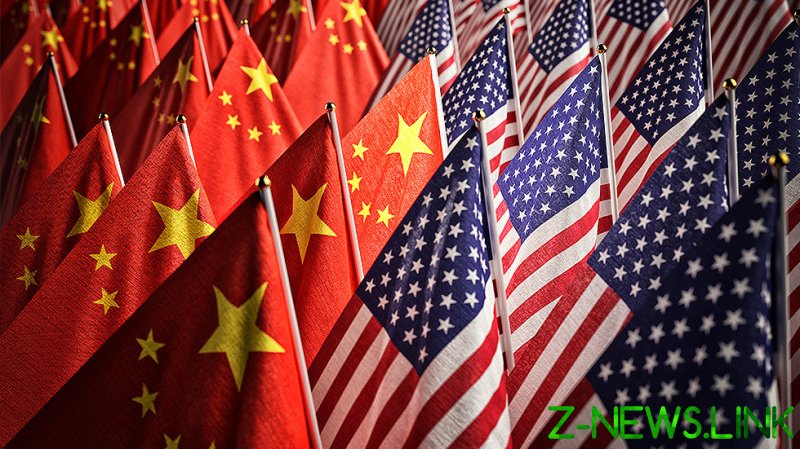 Former Major General and Conservative Liberal Senator Jim Molan has confidently predicted that a war between China and America — that would involve Australia — would occur “within 3-5 years”.

On the basis of this forecast, Molan, who served in the Australian army for 40 years, urged the Canberra government to restructure and expand the Australian defence forces, so that they would be equipped to defeat the Chinese invaders and take up the slack left by America’s recent decline as an international military power.

Molan’s views are common currency within right-wing political circles in Australia — and they are by no means confined to the lunatic fringe.

These views hark back to Australia’s fears of the so-called Chinese communist threat in the 1950’s, the now completely discredited “domino theory” and Australia’s misguided and disastrous involvement in the Vietnam War in the 1960s.

Replace “China” with “Russia” and the retired Major General could without any difficulty be back fighting the Cold War seventy years ago.

Molan’s views are naive and misguided, and, in the current climate of dire economic and political relations between Australia and China, positively harmful.

What then is the likelihood of a war between China and America, involving Australia, taking place in the next 3-5 years? In my view, apart from a slight risk of a conflict arising over Taiwan, the likelihood is very slim indeed.

China has expanded its influence throughout the world in recent decades by means of economic and cultural penetration into other countries (much like the American Empire did in its heyday) rather than by military conquest. No country should be more aware of this than Australia.

Chinese Foreign Minister Whang Yi has welcomed the incoming US administration and urged Joe Biden to “pick up rationality, reopen dialogues, bring bi-lateral relations back on track and restart co-operation”. This is hardly the language of a rabid military aggressor.

America does not want or need a war with China. Donald Trump understood this (if little else) – hence his pathetic attempts to cultivate President Xi Jinping – and Biden will no doubt continue to pursue a policy of American avoidance of foreign military entanglements.

Taiwan is a potential flashpoint, but even in respect of Taiwan, recent bellicose Chinese rhetoric has been tempered by a measure of ongoing realpolitik.

Nor is it clear, as Molan seems to assume, that America would intervene militarily if China attacked Taiwan. And even if it did, Australia would not necessarily take up arms with its American ally — as Molan seems to implicitly assume. Many China experts in Australia (including Hugh White and former Foreign Affairs Minister Bob Carr) advocate Australian neutrality in the case of American intervention in a China/Taiwan war.

Glib predictions of inevitable war with China are extremely unhelpful at present. Australia’s diplomatic focus should be on encouraging China to adopt a more conciliatory approach towards Taiwan, but warmongering by Australian politicians only makes that task more difficult.

Does anyone seriously believe that Australia will ever be able to replace America as a military force in Asia (even partially) or defeat China militarily, with or without substantial American assistance?

If American and Australian military forces could not defeat the North Vietnamese fifty years ago, how could they win a war against a much more powerful China now?

Calling for the restructuring and expansion of the Australian defence forces in anticipation of a war that is unlikely to occur, and could not possibly be won if it did, constitutes the height of irresponsibility — if not worse.

Senator Molan’s time would be better spent dealing with the real issues affecting the Australian defence forces — like the fallout from the recently released Brereton Report into war crimes in Afghanistan; or the multi-billion dollar purchase of an antiquated submarine fleet which will not be delivered until 2030 (alas some five years too late, if the former Major General’s prognosis is correct).

The real vice of Molan’s crude prediction of imminent war with China is that it may cause the current parlous state of Australian/Chinese relations to deteriorate even further.

As the events of the past eight months have shown, China’s leaders are particularly sensitive to foolish comments made by inept Australian politicians, and they retaliate swiftly and decisively.

Political and economic relations between Australia and China have never been at a lower ebb, and this has been caused, in large part, by Australian arrogance and diplomatic ineptitude.

The disintegration of Australia’s relationship with China commenced in June last year, when the Foreign Affairs Minister, Marise Payne, called for an international inquiry into the outbreak of the Covid-19 pandemic. It was completely unnecessary for Australia to take the lead on this issue, and it was done apparently without consulting the cabinet or warning China in advance.

Payne, like Molan and many officials in the Foreign Affairs Department, suffers from the delusion that Australia is a major world power and that China is not. In Australia, ingrained prejudices about Asian countries die very hard.

China saw Payne’s action as an insult and trade sanctions followed swiftly, along with the expulsion of two Australian journalists from China. A month after the latter event, we learnt that it was in retaliation for secret Australian security service raids on a number of Chinese journalists in Canberra sometime earlier.

Right-wing politicians of Molan’s stripe vehemently condemned China for its actions, and right-wing media pundits called for Australia to teach China a lesson that they would not forget.

Relations between Australia and its largest trading partner continued to spiral downwards throughout last year, and the trade war intensified with Chinese officials refusing to take phone calls from the Australian Trade Minister.

In December 2020, however, China offered Australia an olive branch. At an Asia Society Policy Institute event, Chinese Foreign Minister Wang Yi said, “We hope that the relationship can come back on the right track as early as possible and we would welcome efforts by all who want relations to improve to make some efforts”.

Then, just when some kind of rapprochement seemed possible, up popped Senator Molan with his irresponsible talk of impending war with China.

Australia’s relations with China will continue to worsen unless Prime Minister Scott Morrison pulls inept politicians like Molan and Payne into line.

That, however, would require Morrison himself to cast aside those outmoded political dogmas and attitudes — which portray China as some kind of existential threat — that have contributed to the current imbroglio with Beijing, and, in any event, have never served Australia well in the past.