Home / WORLD / A final stand against Donald Trump, or Republicans’ finest hour? Why Virginia’s election is a referendum on America’s future

A final stand against Donald Trump, or Republicans’ finest hour? Why Virginia’s election is a referendum on America’s future 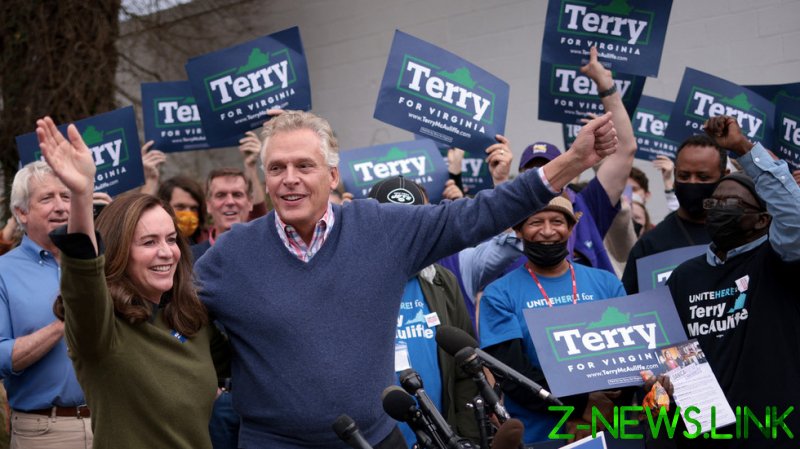 Virginia’s six million voters will go to the polls tomorrow to elect a new governor. This local election has taken on national importance, however, as it is seen as the first real test of President Joe Biden and his administration’s agenda. In normal times, this election should have been a comfortable victory for the Democrats.

Virginia is traditionally a solidly Democratic state. In last year’s presidential election, Virginians voted for Joe Biden by 54% to Donald Trump’s 44%. The state even voted in favour of Hillary Clinton in 2016. The state assembly is controlled by the Democrats, the majority of its House representatives are Democrats, as are its two senators, and the party has held the governorship since 2014.

Up until mid-October, the vast majority of polls pointed to yet another Democrat victory, but since then the Republicans have tightened the race and most commentators are now saying that it is too close to call. Indeed, some are even predicting a Republican win.

You know an election is tight when dirty tricks become the order of the day. Take, for example, the orchestrated stunt last week where five uniformed people stood in front of the Republican battle bus offering their support. Many took this as proof that the Republicans had the support of neo-Nazis; it later turned out, however, that the stunt had been the work of the Lincoln Project, a group of ex-Republicans who hate Donald Trump and are now avid Democrat supporters. The spectre of Trump haunts this election, as it will all future ones unless and until the divisive former president tires of political life. Something he shows absolutely no sign of doing.

One interesting aspect of the campaign has been the differing tactics deployed by the parties. The Democrats have focussed their campaign on national issues, and a plethora of national leaders – including President Joe Biden, his VP Kamala Harris, and Barack Obama – have all descended on the state to campaign for their candidate Terry McAuliffe.

This seems to be a self-defeating method of campaigning at the moment, however, as Biden’s poll ratings have plunged to 42% and Harris’ are equally poor. Moreover, a recent poll also found that a massive 71% of Americans feel the country is headed in the wrong direction under the current administration.

By contrast, the Republicans have kept their campaign focussed on local state issues, including low taxes and safe communities. Indeed, the Republican candidate, Glenn Youngkin, has said that his “Day One Plan” will put Virginia on a path to “having the best jobs, the best schools, and the safest communities in America.”

Although former President Trump has not actively campaigned in Virginia for Youngkin, he is holding a virtual rally for him today, and has claimed that “if my base turns out, he’s going to win.” However, although Youngkin has said he is “honoured” to have the backing of the former president, he has declined to take part in the rally. And as the Republicans clearly have the momentum, it makes no sense to switch from a locally focussed campaign to introduce national personalities like Trump.

Meanwhile, Democrat McAuliffe, knowing it might boost his support in the largely blue state, has invoked the ex-president’s name a lot, despite claiming the election is “not about Trump”.

Trump aside, what is known in politics as “the wedge issue” in the campaign has been education, and the dividing line between the two candidates is the role parents play in the schooling of their children. Indeed, last month a father was physically dragged out of a school board meeting in Loudoun County, Virginia, after announcing that his daughter had been brutally raped at school by a gender fluid male student in the girls’ restroom. The unnamed “boy in a skirt” has since been found guilty of the assault.

Some parents in Virginia have become increasingly concerned about what their children are learning in schools, in particular with Critical Race Theory (CRT), sexually explicit material, and pro-transgender policies. Democrats have been dismissive, with Barack Obama warning against “trumped up culture wars” and “fake outrage.” Similarly, McAuliffe has argued that parents should butt out of their children’s education, stating that, “I don’t think parents should be telling schools what they should teach.”

McAuliffe’s poll ratings have fallen since he made this statement, and Youngkin has seized on what he believes is his opponent’s mistake, claiming that McAuliffe “wants to silence parents because he doesn’t believe they should have a say in their child’s education.”

Another big schooling issue has been the teaching of CRT, which encourages children to view everything through the prism of race and to view all white people as irredeemably racist. One parent, again from Loudoun County, has claimed that her six-year old daughter has been made to feel “evil” simply because she is white. McAuliffe has been dismissive on this issue too, however, claiming that CRT is not taught in Virginia and it is no more than a Republican “racist dog whistle.”

Unfortunately for the Democrat, though, it has now come to light that, on the contrary, CRT is cited as “best practise” by the Virginia Department of Education. If the Democrats do indeed lose this election, then it may not be because of Trumpism, but the issue of education.

And then finally we have the candidates themselves. McAuliffe, 64, is a politician to his fingertips. He has worked for both Bill and Hillary Clinton. Between 2001 and 2005, he was the chairman of the Democratic National Committee and served as the governor of Virginia from 2014 to 2018.

By contrast, Youngkin, 54, is a Richmond-born businessman who rose to be the CEO of the Carlyle Group. Prior to this year, he had played no role in politics, and 10 months ago only 2% of Virginians had even heard of him. This race is therefore being painted as the ultimate political insider versus the outsider, al la Trump in 2016.

So, what will be the ramifications if Youngkin manages to pull off this unlikely victory? Well, firstly, right-leaning commentators would claim it sends a clear message to the White House that Americans are sick and tired of identity politics, the woke agenda, CRT being taught in schools, and schoolboys in skirts being allowed to use girls’ bathrooms.

Secondly, it would be a boost for Republicans in next year’s crucial midterm elections, and it would make them confident that they can win control of both the House and the Senate. And if that happens, Biden will be a lame duck president who will struggle, even more than he already does, to get any bills through either house. His agenda would be almost impossible to achieve.

And that would mean ramifications that would reverberate right through to the next presidential race in 2024. A beleaguered Biden, about to turn 82, against… who? His old foe, Trump, revitalised as the kingmaker who helped win the midterms and turn Congress red? Or a more youthful, vibrant opponent like Florida governor Ron DeSantis?

So tomorrow matters a lot, not only for the Biden administration but for all Americans in the years to come. Should McAuliffe squeak through for the Dems, there will be a huge sigh of relief emanating from the White House. And while that respite would be welcome, it may well only be short-lived.