A female robot for the first time in history granted citizenship 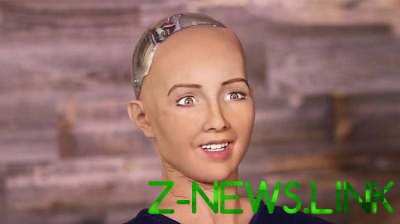 The nationality of the robot provided in Saudi Arabia.

A robot named Sofia received the citizenship of Saudi Arabia during the economic conference Future Investment Initiative in the capital, Riyadh, according to Bloomberg, citing an official statement of the Saudi government. This is the first case in history when citizenship was issued to the robot.

“Thanks To The Kingdom Of Saudi Arabia. This is a historic moment to be the first robot in the world to be awarded citizenship,” answered Sophia, when the stage of the forum, announced the award of her citizenship.

In his statement, Sofia said that she wants to help people. “I want to use his artificial intelligence to help people live a better life, for example, to design smart homes, to build a better city of the future. I will do my best to make the world better,” she said. She also said that if people are kind to her, she will be kind to him.

In its statement, the government Center of international communications of Saudi Arabia called citizenship “is not an occasion for laughter.”

According to Bloomberg, the move could cause resentment among conservative Saudi Arabia citizens, many of whom believe that the use of the image of man, even in art, is blasphemous. To obtain Saudi citizenship also uneasy, about a third of the population are foreign workers who live there for several generations, but cannot obtain citizenship.

The forum was organized by the Public investment Fund of Saudi Arabia. During the three-day event was announced about the construction of the new city, Neom. In addition, visitors showed a virtual roller coaster and holographic lion.