Home / Incident / A fatal accident in the Khmelnitsky region: the Mercedes at speed down a mother and child

A fatal accident in the Khmelnitsky region: the Mercedes at speed down a mother and child 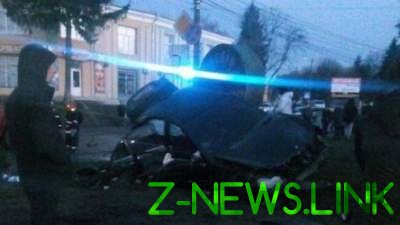 In Shepetivka on the street Sudilovskaya driver of the car “Mercedes” rushed at great speed and knocked the girl with baby in pram: mother died, baby survived.

This was reported to the police in Khmelnytskyi region.

It is reported that the tragedy occurred at about 17:00. After unknown persons knocked down the girl with the child, he disappeared from the scene. It is now looking for the police.
The accident killed 21-year-old girl and two year old baby was taken by ambulance to the Department of Shepetivka Central district hospital

According to witnesses, the tragedy occurred directly in front of her husband. The car flew with such speed that came to the memorial sign dedicated to the 400th anniversary of Shepetovka. The dead girl was carrying her daughter in a stroller on the sidewalk.

The man is now her daughter. It is sent to Khmelnitsky to see if any internal bleeding, because the skull fracture.