A done deal: Following agreement with Biden, law extending New START nuclear treaty with US for 5 years signed into law by Putin 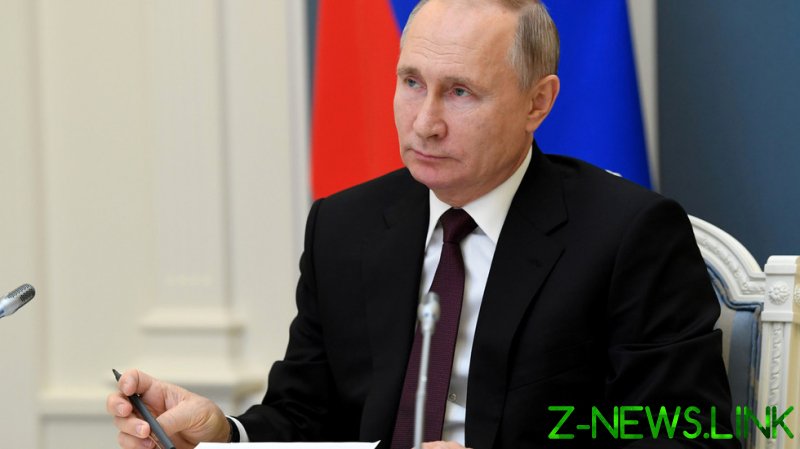 Friday evening’s move comes just two days after the Russian parliament unanimously agreed to prolong the pact that was about to expire on February 5.

Earlier this week, Putin and Biden agreed to trigger the five-year extension clause following a lengthy phone call. This launched the paperwork needed to save the treaty, which had been left in limbo after the previous Donald Trump administration, in Washington, refused to prolong it without preconditions.

The New Strategic Arms Reduction Treaty (known as New START) that came into force back in 2011 limits the number of nuclear warheads, and their delivery vehicles, the US and Russia are allowed to possess. The agreement is considered virtually the only remaining arms control agreement between the two nuclear powers.

Now, it is up to the US to legally formalize the extension. There have been no updates on the matter from Washington so far.

Under the Trump administration, Russia was locked in uneasy negotiations with the US on the extension of the treaty. Moscow repeatedly called on Washington to extend the agreement for five years without any preconditions, but the US put forward some additional demands.

At a certain point, Washington sought to extend the treaty for one year instead of five and demanded a cap be put on all nuclear warheads for that period. When Russia agreed to “meet Washington halfway” on these issues, the US demanded changes to the verification regime. Eventually, a deal was reached only after the end of Trump’s presidential term.

Still, after agreeing to the extension, Moscow has warned that the treaty might not last long, should the US make any attempts to “undermine Russia’s national security.”