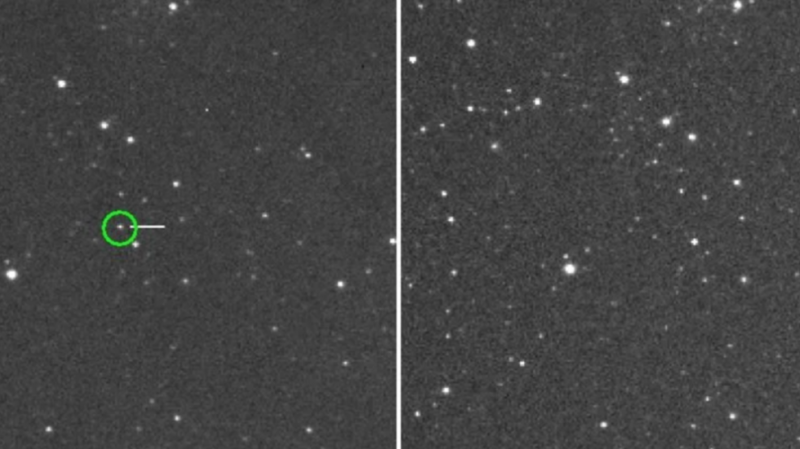 Nakamura observed the stellar explosion on March 18, 2021 using his 135-millimeter lens and a 15-second exposure.

He reported the magnitude-9.6 glow to the National Astronomical Observatory of Japan (NAOJ), which deployed a series of powerful telescopes to make observations which confirmed that it was indeed a classical nova, which they dubbed V1405 Cas.

A classical nova is a nuclear explosion on the surface of a white dwarf star which is part of a binary pair of ageing, dying stars. These explosions usually last approximately 12 hours.

As the two stars engage in their shared death spiral, the smaller, denser white dwarf strips away material, such as hydrogen gas, from its larger partner.

The hydrogen is then heated in the white dwarf’s atmosphere until such time as it generates nuclear fusion, releasing a phenomenal amount of energy while ejecting the remaining, unburned hydrogen into space.

The resultant nova afterglow is expected to last for several days if not months and is still visible in the night sky in the Northern Hemisphere.

For those hoping to dust off their telescopes on take a look with their own eyes, the coordinates are at right ascension 23 24 47.73, declination +61 11 14.8, near the star Caph located in the constellation Cassiopeia.