Home / WORLD / ‘A disgusting excuse for a human being’: Outrage over alleged animal abuse as footballer is accused of giving kitten brain damage

‘A disgusting excuse for a human being’: Outrage over alleged animal abuse as footballer is accused of giving kitten brain damage 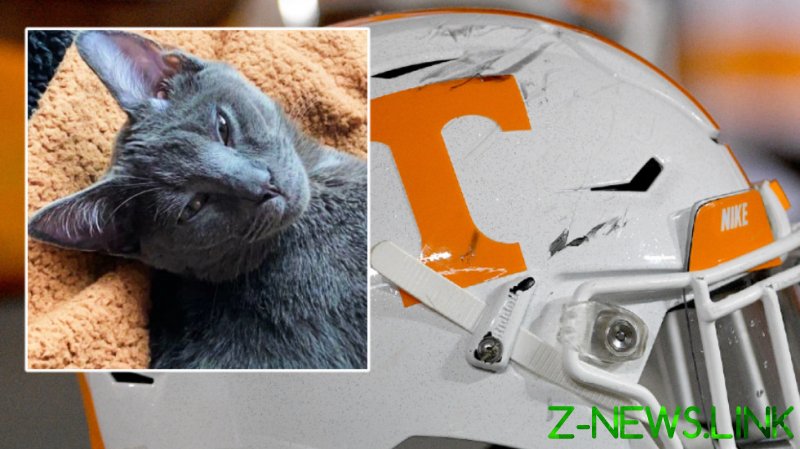 In a Go Fund Me post titled ‘Help Nugget Get Healthy’, his owner, Kaylee Scarborough, has writteN: “I have been in the process of moving and I came home this morning to find my six-month old kitten under a dresser hiding and not letting anyone touch him.”

“When I picked him up he screamed and couldn’t walk, [and I] come to find out my roommate’s boyfriend [Beasley] had hit and kicked him, locked him in the toilet bowl and held him upside down by his tail.”

“We rushed Nugget to the emergency room and he has brain damage and will now have a hard time walking.

“He has a bleeding hemorrhage on his kidney caused from internal bleeding from being kicked, clots in his bladder and he is currently in an oxygen tank,” Scarborough continued.

“My heart is absolutely broken for him and I just want my baby to be okay and to stop animal cruelty.

“I think it’s ridiculous I am having to make this [plea] but this is what it has come to. Any support in any way will help.”

Local police confirmed to Tennessee media outlet WBIR that an investigation has been opened into Beasley’s conduct following a complaint from a female student at their university. No charges have been processed.

A fierce backlash has broken out online, with one Twitter user calling Beasley a “disgusting excuse for a human”.

“I pray he is prosecuted to the fullest extent,” she continued, while tagging his coach and Director of Athletics.

“This isn’t just a drug charge and I’m not going to text a buddy. If you don’t do something, it sets the tone for your characte,  too,” she warned them.

“If Aaron Beasley really kicked a helpless kitten he needs to go,” wrote another reader, receiving a reply from the owner’s mother alleging that the “jock” had caused $2,500 worth of damage.

The fundraising page quickly raised more than $4,500 in pledges.