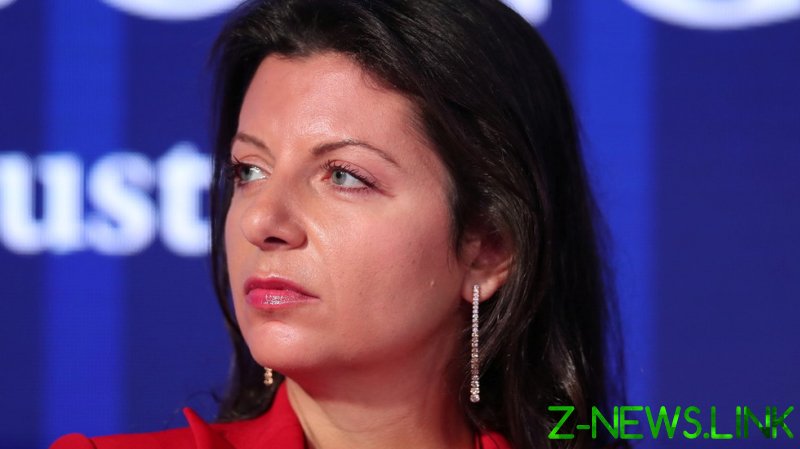 Both channels have been deleted permanently, without the right of restoration. YouTube said the RT DE channel was serving a “community guidelines” strike for alleged “medical misinformation,” and that the DFP alternative posting those videos amounted to “attempting to circumvent the restrictions,” triggering the ban.

Those “clear” rules are not spelled out by YouTube anywhere, Simonyan told RIA Novosti in response. “This is not the first time we invite our audience to our second channel, but today they made the decision to remove both,” she added.

“Meanwhile, anti-vaxxers, terrorists and fascists of all stripes broadcast on YouTube unmolested,” Simonyan said. “They have repeatedly said they are suppressing us and ‘not letting us through,’ but that turned out to be not enough and we grew despite their efforts. So now they simply deleted us.”

“I really look forward to my homeland, without delay, banning Deutsche Welle [Berlin’s state run international broadcaster] and other German media in Russia, and closing the offices of [domestic state broadcaster’s] ARD and ZDF. Not to mention sanctioning YouTube itself,” Simonyan said on Telegram. “We must do this out of self-respect, at least.”

RT DE was among the top five German-language channels in YouTube’s News and Politics category, based on Tubular Labs data for August, with over 600,000 subscribers and almost 547 million total views.

The outlet has faced mounting pressure in Germany in recent months, including over its plans to launch a TV station later this year. In mid-August, Luxembourg denied RT’s application for a German-language broadcast license. Despite multiple German outlets reporting that representatives from Berlin met with officials in Luxembourg to discuss the issue, Chancellor Angela Merkel said she had not personally pressured the neighboring country into the decision.

Multiple German outlets, owned by the Axel Springer conglomerate, whose subsidiaries are charter bound to adopt a pro-American and NATO editorial line, have published articles accusing RT DE of propaganda and even espionage. In August, German courts ruled two of the articles in Die Welt to that effect contained false claims about RT DE.