Home / business / A day in the area ATO injured one soldier

A day in the area ATO injured one soldier 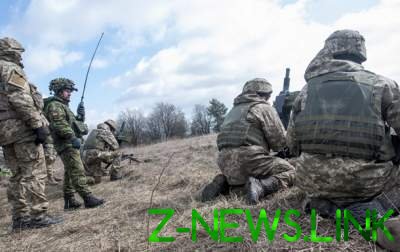 All occupants 10 times violated the truce.

In the area of ATO last day ended without any significant changes in the environment. In the evening the Russian occupation groupings have reduced the intensity of shelling of our positions, however, full compliance with the silence regime along the line of demarcation was not.

So, on the Donetsk direction at the end of the day militants from the anti-tank grenade launchers beat on the strong points of the Ukrainian army in the outskirts of Avdeevka and Sands.

See also:  The locomotive was demolished by a passenger car at a railway crossing

And on the Mariupol direction, about 21 hours, the enemy used large-caliber machine gun near Starognatovki. Fire our military stopped the provocation. As a result of the confrontation wounded one Ukrainian defender. Now the victim is in a medical facility, his condition is assessed as satisfactory.

On Lugansk the direction, once again violating the agreement on the withdrawal of weapons of the caliber exceeding 100 millimeters, the Pro-Russian mercenaries released 6 min of caliber of 120 millimeters on the defenders of Trekhizbenka.

See also:  In the United States has assured that is ready for an open conflict with Russia

In just the past day invaders 10 times violated the truce. Forces ATO 7 times used infantry weapons to defeat the enemy. As a result of combat action one Ukrainian soldier was injured.