A day in the area ATO APU six soldiers were injured 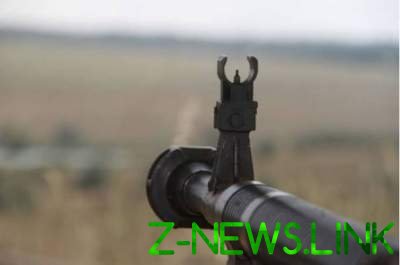 In General on Wednesday, the opponent made 12 the impact of attacks.

Over the past day as a result of enemy shelling in the Donbass, two soldiers of the ATO forces were wounded, one received a combat trauma.

In General on Wednesday, 12 enemy made a sighting shelling positions of the Ukrainian military. In response, the Mat 9 times opened fire, said the headquarters of ATO.

On the Lugansk direction the enemy 120-mm mortars fired at the Ukrainian defence fortifications the defenders of the Trinity. In the evening were shelled strongholds of forces ATO Katerinovka, Novoaleksandrovka and Lobacheve. With the use of APCS and heavy machine guns Russian-backed militants violated the cease-fire in the suburbs of Popasnaya. Small arms opened fire near Luhansk.

See also:  In Japan, the construction of the building starting from the top floor

In Donetsk direction the enemy was mortar fire in the area of Pavlopol. On the outskirts of Avdeevka and Kamenka illegal armed groups shelled fortifications of the ATO forces from grenade launchers and light infantry weapons.

Update. The speaker of the Ministry of defense of Ukraine on ATO Alexander Motuzyanik said at the briefing that three more soldiers were wounded in the explosion.

See also:  Ukrainian BTR "Phantom" is among the five best combat aircraft in the world

“As a result of enemy fire wounded two members of the Armed forces of Ukraine. It happened in the area of the Heater and Katerinovka. Another defender near Katerinovka received a combat trauma. In addition, in the area of Taramchuk in the detonation of an unknown explosive device was a combat injury three more soldiers, they were engineering the car,” said Matusevich.