Home / Society / A critical vulnerability. In Putin’s Russia, the result of any online elections can be predicted in advance

A critical vulnerability. In Putin’s Russia, the result of any online elections can be predicted in advance 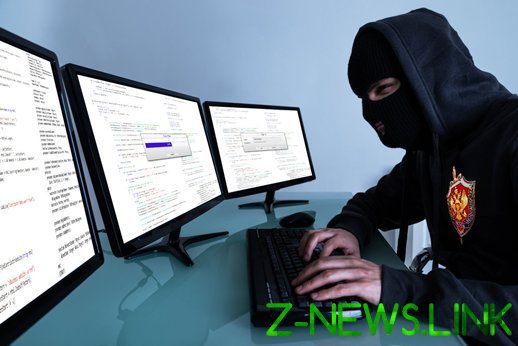 The other day while the state Duma has adopted the bill about the possibility of Internet voting and even voting by mail. Thus, the game in the “democratic elections” in Russia was over before it even started. Someone indignantly asks why, because he is electronic voting, for example, in Switzerland? Answer: rather no than Yes. Even in Switzerland the voices on the Internet make up only a small percentage of ordinary votes cast using paper ballots. Another problem is the results of Internet voting can’t be trusted. Exactly.

Switzerland is already 20 years old is experimenting with “electronic will”. Initially they were able to remotely vote to citizens residing abroad. And even work like a good idea, but only because the percentage of votes was negligible and was spit on them. But when we were talking about how to do Internet voting mass, I found a serious problem. At the beginning of 2019 mail Switzerland, on the technical basis which expanded the system of Internet voting has announced a competition among the hackers who can find vulnerabilities in the system, waiting for a cash prize. And vulnerability was immediately found.

In parallel to the announced competition, Sarah Jamie Lewis, a former employee of GCHQ, the UK, together with another two scientists, conducted a study which revealed that in the code of the Swiss electronic electoral system there is a critical vulnerability that allows various manipulations with the results of the voting. The vulnerability was analysed by experts of the post office of Switzerland and objected, saying that its use will only employees mail. To this the British replied that we wanted to prove. And added that it had reviewed only a small piece of software code. How many more vulnerabilities contain the complete code is unknown.

That is, in fact a group of people – high-ranking officials of mail of Switzerland, which unchecked can affect the results of the vote. To juggle everything you need, or to steal voters ‘ data. And it verholantseva little korrumpirovannaya Switzerland. If this situation broadcast to the expanse of Putin’s Russia, the result of any election can be predicted in advance. And, unlike Switzerland, the voting will in principle not necessary.

Naive experts in one voice say: if you enter the Internet voting software should be open source. It is at least some replacement observers, the position of which in this case is, in principle, eliminated. Because how are you going to monitor the data streams? That means that the software must be made available so that independent experts had the opportunity to explore far and wide. And if you find it as a “back door” — bragged about it to the whole world. But then, they are naive, these experts that believe that not a single version of code, bookmarks, to spread in open access, and to use very different, equipped with all necessary rigging tools.

However, this is not even. Is it possible to imagine that the “Kremlin” did a piece of code of the software on the voting open? It’s a state secret. Moreover, the voting system will be part of a package offered on the site “public Services”. Which, incidentally, creates another problem: the vote is in “public Services” is not anonymous. Of course, you can pretend it’s anonymous, but it doesn’t hurt to collect data about who and how to vote. This raises the possibility of pressure on voters, especially public sector employees, and the purchase of votes.

Maybe someone will seem a trifle, but nevertheless – if Internet voting is impossible to spoil the ballot. The system simply will not accept your vote. Thus, a protest vote, gaining power in recent years, it becomes generally impossible. It will be possible only to supply or not to put a tick in one of the paragraphs proposed, and then, a few days later, admire the results, does this not tick related.