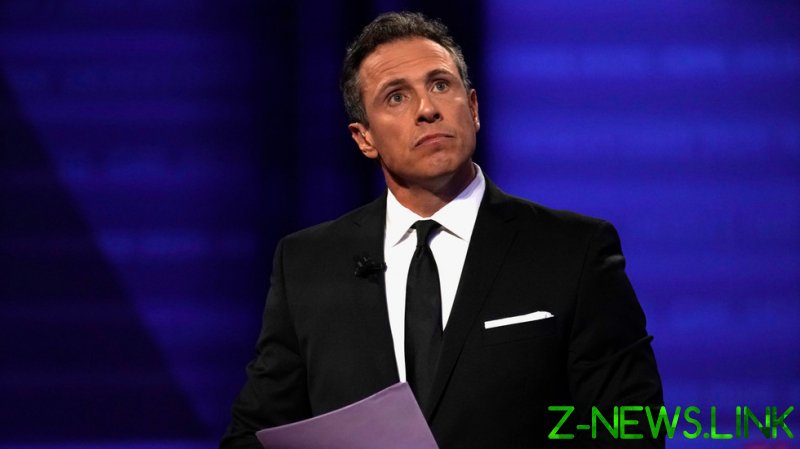 Stelter addressed the media drama surrounding his fellow CNN host on Sunday and claimed it has been a “conundrum” for CNN with “no perfect answer, no perfect solution.”

The network has faced intense scrutiny over Cuomo’s relationship to his brother, New York Gov. Andrew Cuomo, who has faced multiple allegations of sexual harassment against women, including former staff members. A report from the state’s attorney general found Cuomo had sexually harassed multiple women, though the governor continues to deny these accusations.

During the pandemic, Chris Cuomo held multiple puff piece interviews with his brother, all of which ignored major accusations against the governor that went beyond sexual harassment, including allegations his office his Covid-19 deaths in nursing homes and that staffers voluntarily worked on Cuomo’s book, published in the fall of last year, in the height of the coronavirus pandemic, coincidentally focused on the governor’s leadership during that time.

Chris Cuomo vowed not to address what was happening with his brother in regards to sexual harassment accusations, but it was reported weeks later he had been part of multiple strategy meetings with his brother to help draft responses to the charges.

Since the attorney general report, Cuomo has fueled speculation about his position with CNN as he has gone on vacation – though he has said this was preplanned.

While many have pointed to Cuomo’s continued position with CNN as a serious ethical issue that needs addressing, Stelter claimed on his show that his network has done enough – and he even fit in a dig at one of his favorite targets, rival Fox News.

“Telling a well-off host to hang out by the pool for a couple of weeks is not a real punishment,” Stelter said in response to those calling for Cuomo to be fired or suspended.

This is a punishment, the liberal host added, that conservative networks like Fox News regularly dole out to please an outraged public.

An “actual punishment,” Stelter went on to say, is a “scolding” in public.

CNN apparently has already fulfilled this duty thanks to a May statement saying it was “inappropriate” for Cuomo to take part in strategy meetings with members of his brother’s administration.

“He will not participate in such conversations going forward,” they promised.

While Stelter appeared to defend Cuomo the entire segment, he did not directly say what future he endorsed for the controversial host, but said CNN has faith in him despite an obvious “optics” problem.

“The issue is whether Chris can continue to do his job, continue to be trusted by the audience. Clearly the leaders at CNN think so. But ultimately that’s up to you. That’s up to the people who tune in, or don’t, every night,” Stelter said.

He also went after “bad faith actors” who will potentially claim Cuomo’s standing with the network is in jeopardy and he may be “canceled” when he does not appear on air on Monday evening.

The CNN host’s train of thought and need to blast Fox News while defending his own network against accusations of ethical breaches did not find much support, as critics accused Stelter of trying to spin Cuomo into a victim.

“This isn’t a conundrum. You hired Cuomo because his name is Cuomo. You embraced the conflict of interest, milked it. So much so that Chris is shameless about it,” author Tim Graham tweeted in reaction.

Stelter is a regular critic of conservatives, but his segment also found some pushback on the left, including from Keith Olbermann.

“You have entirely missed the primary point. An anchor NOT commenting on/covering a scandal because it’s his brother, is worse than consulting on it,” the former MSNBC host said. “It is a complete conflict of interest that invalidates ALL of @cnn’s coverage of the story. @ChrisCuomo should not be on the air.”