‘A complete guide to lunacy’: NPR gets an earful after publishing gender identity ‘glossary’ & tips on proper pronoun usage 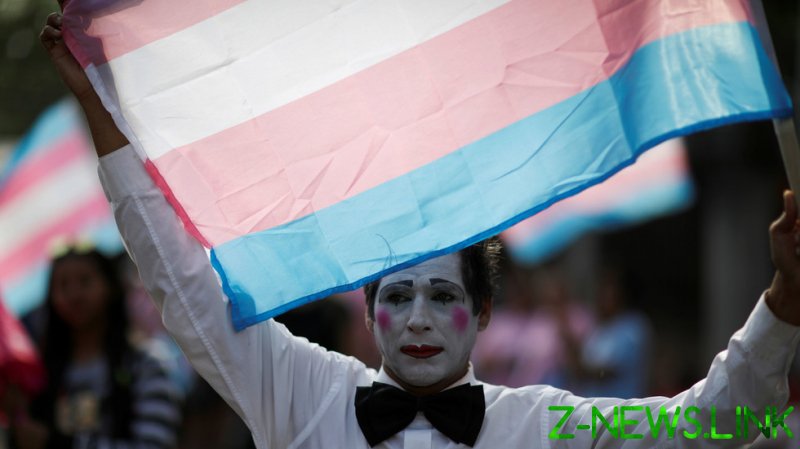 Compiled with assistance from various LGBTQ organizations, the glossary and FAQ list was created in an effort to help NPR readers navigate the seemingly endlessly expanding lexicon of gender-identity-related language.

“Our goal is to help people communicate accurately and respectfully with one another,” the broadcaster wrote, adding: “Proper use of gender identity terms, including pronouns, is a crucial way to signal courtesy and acceptance.”

NPR acknowledged, however, that the guide was “not exhaustive” and is “Western and US-centric” – perhaps an indirect admission that it may not even be relevant in many countries.

Terms included in the glossary ranged from “nonbinary” (“people who do not describe themselves or their genders as fitting into the categories of man or woman”) to “intersex” (“an umbrella term used to describe people… that don’t fit typical definitions of male and female”). Yes, there is even an entry for “gender-expansive” – a term purportedly used to describe people with a more “flexible” gender identity.

The ‘guide’ then transitions into a lengthy FAQ section about pronoun usage.

“What if I make a mistake and misgender someone, or use the wrong words?” reads one of the questions (NPR suggests that you “apologize and move on”).

Another question asks why some people might alternate between pronouns, such as “he/they.” Citing an expert on the issue, the outlet recommends listening to “how people refer to themselves” before deploying a pronoun in their direction, although it’s likely that “either pronoun would be fine.”

The broadcaster also offered an explanation about “why might someone’s name be different than what’s listed on their ID.”

While the article was applauded by some for being “well researched,” there were many others who felt that NPR was making a gendered mountain out of a molehill.

“Never in my life have I ever [gone] to a party or a meet up and asked someone what they were,” read one displeased reply, adding that the alleged epidemic of ‘misgendering’ people seemed to be confined exclusively to Twitter.

Others said that they support progressive causes but that the left’s preoccupation with pronouns and gender identity goes too far.

The wave of negative comments prompted pushback from other observers, who argued that it was a matter of common courtesy.

“I’d like to remind you all that using a person’s proper name and pronouns greatly improves their quality of life. This is about being respectful and treating others with dignity,” read one tweet.

The use of gender pronouns has already become a contentious policy issue at schools, businesses and other institutions. Recently, an elementary school gym teacher in Virginia was placed on leave right after he spoke out against a county school board policy proposal that said teachers must allow students to use gender pronouns of their choice. The gym instructor said that the policy violated his religious beliefs.