Home / business / A close friend of Sergei Shoigu earned ₽6.5 billion in transactions with the Ministry of defense and Ministry of emergency situations

A close friend of Sergei Shoigu earned ₽6.5 billion in transactions with the Ministry of defense and Ministry of emergency situations 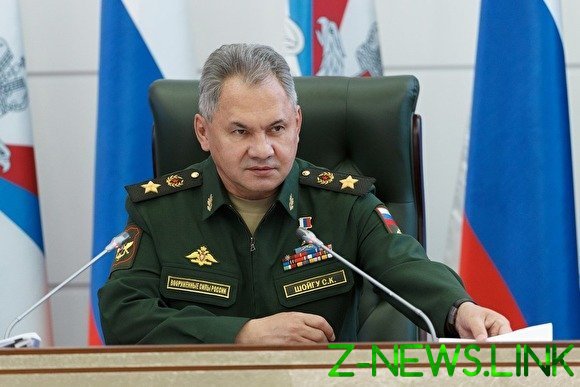 Edition of the Insider published an article about a close friend of defense Minister Sergei Shoigu Elena Chebanova that got thanks to his connections with official billions of rubles on the contracts with the MOE and the Ministry of defense.

As stated in the material, at the time Shabanova worked as a flight attendant on the plane and was accompanied by Shoigu, who then headed the Ministry, on business trips. According to The Insider, the relationship Shoigu and Shabanovoj continued until 2017.

After a close acquaintance with the Minister of Affairs of Shabanovoj went up the hill. For example, she bought a Mercedes-Benz, and gold Lexus RX 330. The latest acquisition — a Mercedes-Benz GLS 350D 4МАТІС (market price is about 6 million rubles). Also Shabanovoj a apartment near Rublevskoe highway. And an estate worth 1.5 billion rubles in the village of Zhukovka, next to the Rotenberg. The article States that the land under the estate of Shabanovoj got from Mikhail Kochetkov, one of the major contractors of the Ministry of defense of Russia. In addition, Shabunova became the owner of an expensive restaurant on the streets of Minsk.

“Their billions Shabunova earned on transactions with entities Shoigu,” — said in the material. So, in 2014, she became co-owner of the St. Petersburg company “Spetsstroykonstruktsiya”. In the same year the company leased from JSC “Spetsstroy-Leasing” production lines for the manufacture of light steel structures. (“Spetsstroy-Leasing” — a subsidiary of the FSUE “GVSU No. 14” under the jurisdiction of the Ministry of defense). After that, the firm Shabanovoj began to supply the same military Department (but in a different Federal state unitary enterprise — “GVSU No. 12”) finishing materials for the construction of military camps. Having thereby only “seal” between the two military enterprises.

As revealed in the result of the process in bankruptcy court, according to the leasing company with the structures of the Ministry of defense while not even paid. But by the time Shabunova had already come out from among the founders. Now 100% of the company, which stopped paying for the rental office written on a certain Sherzod Maleeva. People with the same name works in St. Petersburg as a taxi driver.

Get government contracts and others affiliated with Shabanovoj of the company. For example, until August 2018, it owned 30% of OOO “innovation Elevator”. In the Moscow control Centre city property and other public institutions it rescued 60 million rubles. Also Shabanovoj was established (abolished in the autumn of last year) OOO “Phoenixkonsole”. Director she’s worked with Natalia Bondarenko who through the firm “AFK” offers services in cleaning premises and surrounding areas of the hostels of the Academy of management of MIA of Russia.

Another business partner Shabanovoj — Vladimir Pavlov. Pavlov in October last year headed the JSC “Voentorg”, which provides defense services in nutrition and sewing of military uniforms. Also, “px” is responsible for work of hairdressers, tailors, laundries and baths in the garrisons.

In addition to 2016 Shebanova was a co-founder of LLC “Lega-Food”, until recently it formally was owned by 81-year-old Galina Akhmetov, who also heads the GUP Pischevik. On contracts for the power structures of the Ministry of defense and Ministry of emergency situations, the firm has earned more than 120 million rubles.

Husband Akhmetova (or a namesake) — Trofimov Vladimir — also linked to the Ministry of defense. He established a trading-construction company “OST-vest”, which was a contractor of the Main military construction management № 1.

According to the estimates of The Insider associated with the Elena Chebanova firms rescued in the transactions of the Ministry of defense and Ministry of emergency situations of at least 6.5 billion rubles.