‘A classic RINO!’: Trump tears into Colin Powell & ‘beautiful’ media coverage in wake of his death despite ‘big mistakes’ 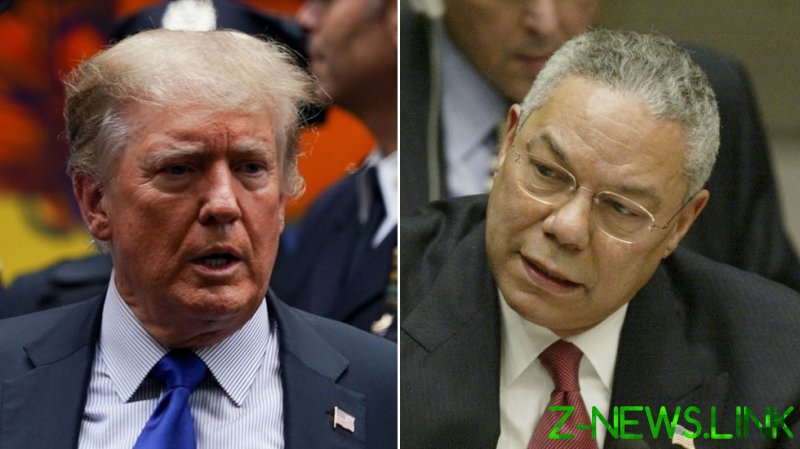 “Wonderful to see Colin Powell, who made big mistakes on Iraq and famously, so-called weapons of mass destruction, be treated in death so beautifully by the Fake News Media,” wrote Trump in a statement. “Hope that happens to me someday.”

Trump went on to call Powell “a classic RINO, if even that,” and claimed he was always “the first to attack other Republicans.”

“He made plenty of mistakes, but anyway, may he rest in peace!” the 45th president concluded.

Trump’s statement received mixed reactions, with critics calling it “beyond the pale.”

Others, however, endorsed Trump’s tribute, calling it “fantastic” and “true.”

Another person tweeted that though Trump’s timing maybe wasn’t “quite right,” there are “some hard conversations to be had between now and the future about the decision-making that led to invading Iraq” and “people like Powell aren’t going to look good coming out of these conversations.”