Home / WORLD / ‘A bunch of people will probably die,’ Musk says of future Mars tourism, ‘but it’s a glorious adventure’

‘A bunch of people will probably die,’ Musk says of future Mars tourism, ‘but it’s a glorious adventure’ 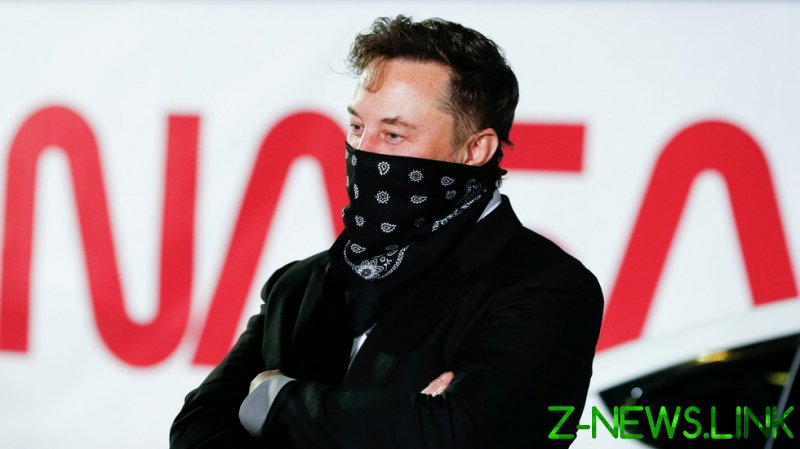 Musk spoke with Dr Peter Diamandis on Thursday in Cape Canaveral, Florida during a livestream event announcing the $100-million Carbon Removal project, aimed at helping to keep the Earth habitable while humanity seeks to become an interplanetary species.

The conversation quickly turned to the potential future human colonization of the Red Planet, which Musk was quick to caution was not an “escape hatch for rich people.”

Diamandis posited that Mars’ first colonists would go down in history, a major draw for many people.

“You might not,” Musk responded flatly. “It’s going to be uncomfortable and you probably won’t have good food, and all these things, you know.”

Laying out the realities of what any plucky pathfinders should expect, Musk described a trip to settle Mars as “dangerous… uncomfortable…  a long journey, you might not come back alive, but it’s a glorious adventure and it’ll be an amazing experience.”

“If an arduous and dangerous journey where you might not come back alive, but it’s a glorious adventure, sounds appealing, Mars is the place. That’s the ad for Mars,” Musk said.

Diamandis suggested that, regardless of this risk, Musk would likely have thousands if not millions of volunteers

“Honestly, a bunch of people probably will die in the beginning. It’s tough sledging over there, you know,” Musk replied, not mincing his words.

“We don’t make anyone go,” he was careful to add. “It’s volunteers only.”

“If we make life multiplanetary, there may come a day when some plants and animals die out on Earth, but are still alive on Mars,” warned previously on Twitter.

The philanthropist pair were speaking at a livestream event unveiling the $100-million Carbon Removal project, a four-year global competition which seeks to provide effective solutions for carbon capture and sequestration (CCS) to safely remove CO2 from the atmosphere or oceans and to store it.

CCS is one of the main major direct interventions touted in the fight against climate change with a view to rebalancing Earth’s carbon cycle, along with geoengineering, which would deflect solar radiation back out into space using a variety of somewhat controversial methods.