A beta version of survival mode for Skyrim available on Steam 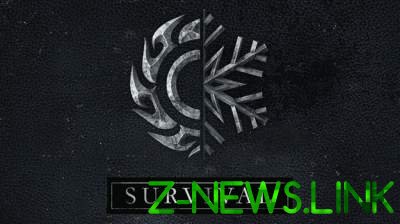 prana,survival Mode adds to the game a series of tests and new features.

The company Bethesda announced the upcoming launch of survival mode in The Elder Scrolls V: Skyrim, which at launch will be able to try out for free during the week, the owners of all the target platforms. The survival mode will offer a number of statistics for fluctuations which will be closely monitored throughout the game of Skyrim.

Survival mode adds to the game a series of tests and new features that will put the player in front of difficult tasks. The map of Skyrim will be a number of climatic zones, once in which the main character will experience serious difficulties.

The game will be an indicator of hunger. With its decreasing the player will be worse to handle weapons. To fill the indicator will have to eat well, while prepared food will nourish the body better than raw. The last type of food can cause poisoning for some time blocking any possibility of eating.

Cold and heat will have a significant impact on the characteristics of the hero. The cold lowers health, reduces movement speed, ability to break-in and theft. The final frostbite of death. In this case the hero is the level of heat, with high rates which he slowly begins to feel the effects of the cold. The main influence here have clothing and armor. Hot soup and a torch in the hand also serve as a great background. From ice-cold water will not save anything except spells and innate abilities. Finally, you can become a vampire or a werewolf, which satisfy the feeling of the city the corpses of the fallen and less cold.

The hero will experience fatigue, the accumulation of which it would be worse to use potions and slower to fill in magic and physical strength. To relieve fatigue need to use beds that can also increase the level of the hero. The rest of the house has a big advantage over sleep outdoors.

It is important to note that health regen and fast travel in survival mode is disabled. Load capacity is substantially reduced, and the disease began to exert a more critical influence on the abilities of the hero. Over time, the disease pass into diseases, which are three types: weakening (affects the use of weapons), confusion (negative effect for magic) and freezing (worse than the burglary and theft, less damage from the bow).

To try out the survival mode The Elder Scrolls V: Skyrim in beta testing on Steam right now, make a request. The owners of the Xbox One and PS4 wait mode at the beginning of October. For a week the owners of all platforms can play it for free.