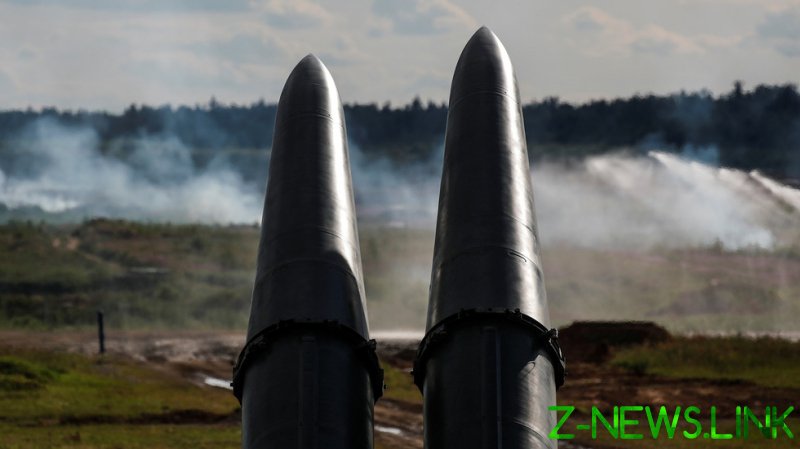 Here’s why. During the fighting in the disputed region, during the fall of 2020, Russia’s Iskander missiles used by the Armenian army didn’t detonate, “or exploded only by 10%,” Nikol Pashinyan said in an interview with the 1in.am news site.

This followed comments made by Serzh Sargsyan, the former president of Armenia who said earlier that the Armenians could have used the Iskanders on day four of the war.

“I think he understands how things work – and he should stop asking questions he knows the answers to. Maybe he can tell us why the missiles launched by the Iskander systems didn’t explode, or exploded only in 10% of the cases,” said Pashinyan. And when the journalist asked him if this was even possible, Pashinyan’s response was: “I don’t know. Maybe these weapons were from the 1980s.”

The self-propelled ballistic missile systems, Iskander-E, were first showcased in September 2016, during a military parade marking the 25th anniversary of Armenia’s independence. Most likely, these tactical missile systems were supplied by Russia as part of the $200 million loan Moscow had given to Armenia in June 2015, used by the republic to purchase Russian weapons and military equipment.

Armenia became the first foreign nation to receive Russian-made Iskander missile systems – prior to that, they had only been in service in Russia’s military.

If a politician (in this case – a leader of a nation) makes public statements, it is generally expected that there are irrefutable facts and statistical data to support whatever he or she says. If Nikol Pashinyan argues that the Iskander systems are ineffective in combat, the Armenian leader should also provide a short reference note containing information on when and where Iskander systems were used, how many missiles and of what type were actually fired, state mission results; provide Circular Error Probability (CEP) calculations, state which of the enemy targets were (or were not) hit and provide explanation for the failed missile launches (inadequate training of system operators, issues with maintenance, miscalculations and targeting errors, missile failures in mid-air etc.)

A prime minister is not supposed to know all these things, of course, but every leader has designated experts entrusted with this kind of work who can provide all required information. However, it appears that Pashinyan chose not to rely on any expert help when drafting his statements, otherwise they wouldn’t be so laughably inane.

For example, he said that Russian-made “missile systems failed to explode, or exploded only by 10%.” Ballistic missile systems can’t explode, by definition. It’s the missile warhead that explodes when it hits the target. If a missile was successfully launched, and the safing and arming device worked as intended, the high-explosive fragmentation warhead simply cannot fail, it will explode upon hitting the target, without exception. And there is no such thing as “exploding by 10%” – this, by definition, cannot happen.

As for his “I don’t know” response to the puzzled journalist, this is not something you want to hear from a responsible politician, especially a national leader. If a head of state makes a public statement on something, they can only say “yes” or “no” – in fact, there should simply be no other other words in their vocabulary.

Regarding the assumption that these could have been “weapons from the 80s,” it has to be noted that the Iskander missile system was introduced into the Russian military – specifically, the Missile Troops and Artillery of the Russian Armed Forces – as late as 2006. Meaning that all the four Iskander systems in service in the Armenian armed forces were produced after the year 2006.

This, again, brings us to the issue of Pashinyan’s professional qualification, or lack thereof — if the prime minister doesn’t know the manufacturing dates of his nation’s most powerful weapons systems, this raises even bigger questions about his competence as commander-in-chief. After all, there are only four Iskander systems in Armenia, not forty or four hundred – and they were all manufactured in the same year. When it comes to these missile systems, the country’s leadership should have knowledge of every little detail.

This wasn’t the first time that Pashinyan criticized Russian weapons. In November last year he said that Armenia’s armed forces had expanded their arsenals, adding “everything deemed necessary” – but that air defense systems purchased from Russia proved ineffective in combat.

In December, Pashinyan came up with yet another reason why Armenia lost in the Nagorno-Karabakh conflict. He pinned the blame on “electronic warfare systems that simply didn’t work.” Armenia purchased the systems from Russia in 2017, for as much as $42 million.

In this case, it would make sense to remind Mr. Pashinyan of the contents of a telegram that Moscow sent on May 9, 1942 to the representative of the High Command at the Crimean Front, Army Commissar 1st rank Lev Mekhlis. The telegram said: “Your position of a detached observer who is not accountable for the events at the Crimean Front is puzzling. It is convenient, but it positively stinks. At the Crimean Front, you are not an outside observer, but the responsible representative of High Command, who is accountable for every success and failure that takes place, and who is meant to correct, right there and then, any mistakes made by the commanding officers.”

If the current Armenian leadership wants to uncover the reasons behind the country’s military failures, then, instead of questioning the quality of Russian-made weapons systems, it should look into the deficiencies of its own armed forces – from manpower, availability of weapons and military equipment, to command, logistics, and practical training in preparation for military operations. One could, of course, argue that Armenia never directly participated in the Nagorno-Karabakh conflict. However, it is widely recognized that there can be no strict line drawn between Nagorno-Karabakh’s troops and Armenia’s own armed forces.