Home / WORLD / A 6pm curfew for ALL men? Those exploiting Sarah Everard’s disappearance for feminist #activism owe her grieving family an apology

A 6pm curfew for ALL men? Those exploiting Sarah Everard’s disappearance for feminist #activism owe her grieving family an apology 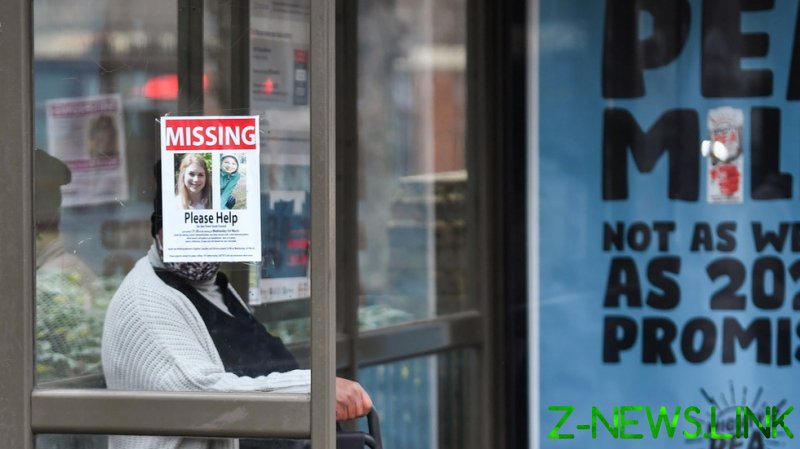 The disappearance of Sarah Everard is tragic. We’re still unsure exactly what happened to the 33-year-old, who went missing from South London’s Clapham Common on Wednesday, 3 March.

However, some facts are established: We know that human remains were discovered in Kent and are now being forensically examined. We also know that a man has been arrested in connection with the morbid find. Worse still, he’s a Metropolitan Police officer called Wayne Couzens; a 48-year-old father of two who was detained at his home on Tuesday night.

This is a detail which makes the case even more shocking. After all, not only is a young woman likely dead, but her killer could be somebody duty-bound to protect and serve.

Much of that hurt has manifested online, where Twitter users have shared personal stories of street vulnerability. Some have written how they carry small weapons in their pockets to fight-off potential attackers. Others have despaired at police advice to stay indoors or avoid certain parts of the city at night (at a time when we’re supposed to be elevating BAME voices, even London Mayoral candidate Shaun Bailey has come under fire for this).

Meanwhile, scores more have expressed their annoyance at the prospect of betrayal by a member of the establishment. This, we are told, is done out of sympathy for Everard’s plight and that of all women in this #MeToo era.

But I am not convinced.

Instead, all I can see is the exploitation of a young woman’s disappearance for political gain. Earlier today, Labour MP Harriet Harman announced that “women are not the problem here, it is men. The criminal justice system fails women and lets men off the hook. Let’s have action.” Another Labour MP, Jess Phillips, said violence against women was “endemic” – even though all the data proves that men are more likely to be victims of ‘stranger danger’. Phillips then flagrantly asked for more money from the public purse to fund her pet projects.

Topping them all, however, was Green Party peer Baroness Jenny Jones, who used a parliamentary speech to moot the idea of a nationwide curfew for all men.

“This would make women a lot safer,” she said with a blanket contempt. “And discrimination of all kinds would be lessened.”

Really? Not sure how she reached that conclusion. Let’s look at the logic…

Firstly, I’m guessing sociopathic killers aren’t gonna respect a curfew imposed by an eccentric MP. After all, the whole point of criminals is that they break the law, not uphold it.

Secondly, such a restriction wouldn’t even be legal. Given that it’s based solely on gender, it’s hugely discriminatory and would contravene the Equality Act (which aims to prohibit sexism of any kind… even against men).

Thirdly, it’s totally unrealistic. Even if such a curfew went ahead, who on Earth would enforce it – the police? Even though a police officer is suspected of her abduction? That makes zero sense.

Plus, given our current Covid-19 restrictions, wasn’t London already in a quasi-curfew when the incident happened? Surely this too proves that it would be pointless.

Furthermore, would all UK men be restricted – or just a few? What about gay men? Trans men? Disabled men? Homeless men? Or the men working to combat Covid-19 in hospitals?

More importantly, what about the men in Everard’s family – including her grieving father and devastated boyfriend?

Should we punish them for the deeds of another man simply because they have the misfortune to be male? If the answer is yes, then when are we punishing all Muslims for the actions of a few Islamic extremists?

The answer, of course, should be never. But it proves my point.

Politicians and feminists are so addicted to victimhood that they can’t resist exploiting a young woman’s (probable) murder in the hope that it’ll be their big George Floyd moment.

Why? Because it would give them yet more power.

To me it’s clear: their concerns aren’t really for young women, who are largely safe in the UK. It is for their own ideology.

If you don’t believe me, just look at the inconsistency of their outrage.

They said nothing – and I mean nothing – about the British-Pakistani grooming gangs who raped thousands of white, working-class girls across the country.

They’ve also done little in response to so-called honour killings and acid attacks, which are most predominant in ethnic communities.

Why? Because they’re only interested in toppling straight, white men, who they believe are the gatekeepers to power.

Given how crazy politics has become, I wouldn’t be surprised if the proposed curfew became a reality in the near future. Fortunately, I’m not worried about it – we could easily avoid it by identifying as women after 6pm. My bigger concern is how selfish such point-scoring will likely affect the real victims of this tragedy: the Everard family.

Quite frankly, they have enough to deal with.