90% of the front panel Samsung Galaxy S9 is the screen

The frames around the screen for the new Samsung Galaxy S9 will be even less: the developers plan to reduce their thickness, so the display took as much useful space the front panel. According to preliminary data, the Screen will be 90% of the front part of the housing of the future of Korean flagship. 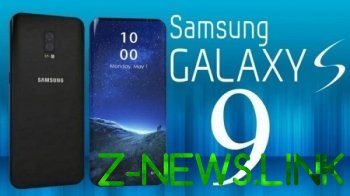 In terms of design much of a difference the new Samsung Galaxy S9 from the current S8 is not expected, except that the camera will do the double and set vertically, in the style of tenth of the IPhone from Apple. Screen frame will decrease, but this only really affects the visual quality, since the Home button is already made virtual, dactyloscopy moved the rear bar closer to the camera and all sensors, and the earpiece will remain in place.

On the other hand, the S9 may impress fully frameless smartphone, in contrast to the same iPhone X, the scope of which is still too big, even though Apple and its loyal fans will not agree. The announcement of the smartphone Samsung Galaxy S9 is expected in January next year at CES 2018 in Las Vegas and this is the first (or one of the first) gadgets powered by the new Qualcomm processor 845 – new chip for flagship 2018. It will also get Xiaomi Mi 7, Samsung Note 9, LG G7 and OnePlus 6.