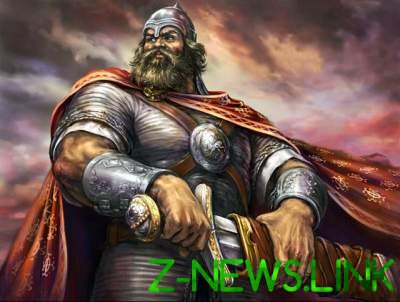 Place of birth monk hero Ilya of Murom is unknown. I assume that this is the city of Morovis (now Moore village of Kozelets district, Chernihiv region of Ukraine). One of the main arguments of the origin of the hero of the Ukrainian city of Morovis near Chernigov, and not from a Russian village near the city of Murom called the fact that the first written references Dating back to the XVI century, mentions the hero Muravlenin (Muravlenin).

Help. Ilya Muromets of Pechersk, one of the heroes of the national epic the epic of Kievan Rus, the legendary hero of time, is often mentioned in Ukrainian folklore, along with Dobrynya Nikitich and Alyosha Popovich protected their land from enemies.

According to the assumptions of some historians, Ilya was killed during the capture of Kiev by Prince Rurik Rostislavovich in 1204, accompanied by the defeat of the Pechersk Lavra allied Rurik Polovtsian hordes.