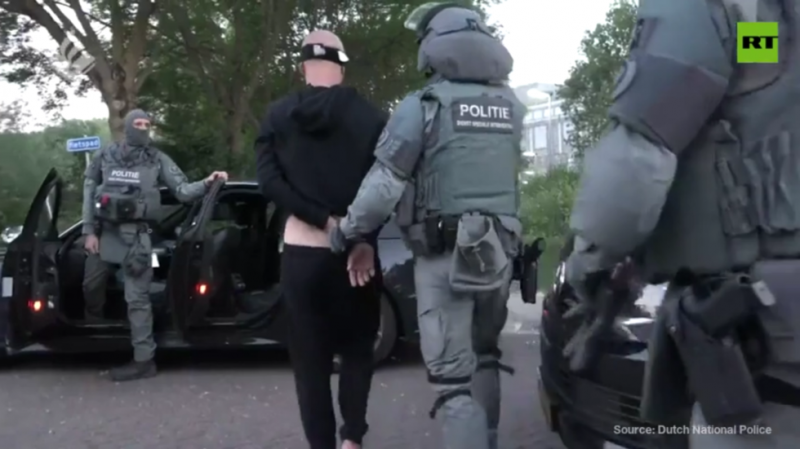 The FBI in cooperation with Australian police has been secretly operating encrypted chat app ANOM, which was popular among criminal gangs. The criminals had no idea that they were being surveilled while using the app. The covert operation eventually evolved into a joint effort by 16 countries to crack down on organized crime.

More than 12,000 mobile phones with the app were used by over 300 criminal syndicates, including Italian mafia, across roughly 100 nations, Europol said in a statement on Tuesday.

The operations resulted in the arrest of more than 800 suspects. Police seized 250 firearms and 55 luxury cars. Tons of various drugs, including cocaine, cannabis, and MDMA, were also confiscated, as well as over $48 million in different currencies and cryptocurrencies.

To date, 155 people have been detained in Sweden, the country’s police said. Linda Staaf, the head of intelligence at the Swedish Police Authority, said that many suspects were linked to the drug market. She added that five “Swedish criminal actors” were arrested in Spain.

Using information obtained from the app, Swedish police prevented more than 10 planned murders, Staaf said. She hailed the operation as “one of the most extensive strikes” against violent crime and drug-trafficking.

Jannine van den Berg, the chief constable of the National Unit within the Dutch National Police, noted that outlaws were susceptible to ANOM because the app enjoyed “a good reputation among criminals,” and was known for its “absolute reliability.”

“But nothing was further from the truth,” she said, describing how criminals communicated in 45 languages about armed robberies, assassinations, and the trafficking of drugs, arms, and explosives.

Raids were also conducted in Germany’s Hesse state, with over 150 locations searched and more than 70 people detained, the regional public prosecutor’s office reported.

Calvin Shivers, assistant director of the FBI’s Criminal Investigative Division, said that “over 100 threats to life were mitigated” thanks to the agents spying on criminals through the app. Shiver said the FBI was able to track the photos of cocaine that was hidden in shipments of fruit and canned goods, among other things.

Operation Trojan Shield is a shining example of what can be accomplished when international law enforcement partners from around the world work together.

Australian police earlier reported that 224 suspects were arrested across the country, where the ANOM surveillance was known as Operation Ironside. Separately, 35 people were arrested by the New Zealand Police.