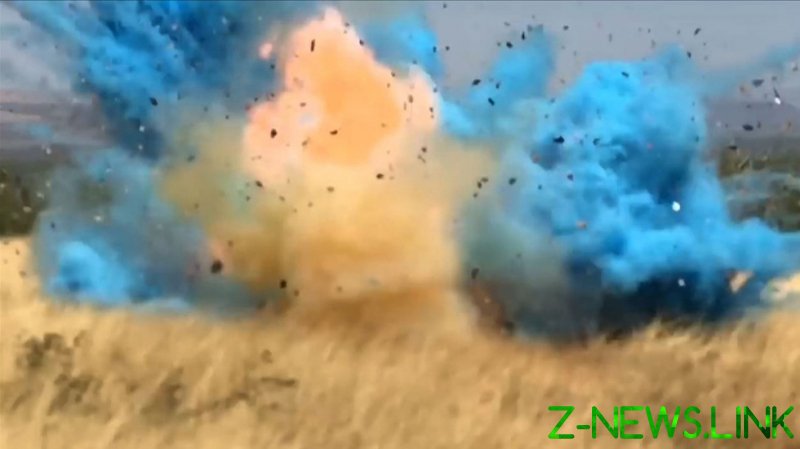 Some residents of Kingston said they suspected that an earthquake had occurred after the ground began to tremor on Tuesday evening, leading to property damage. But the real culprit was 80 pounds of Tannerite, an over-the-counter explosive target used for firearm practice, that had been detonated in a nearby quarry as part of a “gender reveal” celebration. (For those curious, the baby was “revealed” to be a boy.) Thankfully no injuries were reported. But residents were far from pleased over the loud disruption.

“We heard this god-awful blast,” one local told the media, adding that the Earth-shaking boom knocked pictures off their walls.

Another person who lived in the neighborhood said she heard a very loud “boom” that shook her whole porch and caused cracks in her home’s foundation.

The massive bang was recorded by a doorbell camera mounted on a nearby home. The ground can be seen shaking following the explosion.

Others called for an end to the “gender reveal” fad and said that the parents-to-be behind the massive blast were clearly too irresponsible to raise children.

Similar festivities held in the past have ended in tragedy. An expectant father in New York was killed in February when a device he was building for a gender reveal party exploded. In another high-profile incident from last year, a device used as part of a gender reveal party sparked a wildfire that caused thousands of acres to burn in Southern California.