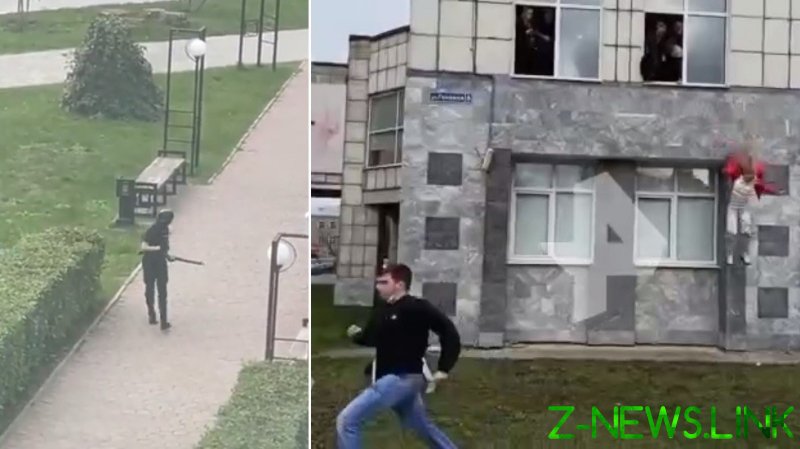 The incident happened at Perm State University, one of the oldest universities in the Urals. The school’s social media on Monday morning alerted everyone who was on campus to leave if possible, or lock themselves inside a room.

A video published on social media apparently taken at the scene showed people escaping through the windows.

Another video taken from inside the building appears to show an armed person dressed in black and wearing a helmet slowly walking across the campus as horrified people express their shock.

The crisis ended with the perpetrator apprehended, the university and the police reported. According to some media, he was injured by the police.

Law enforcement officials said the shooter is a student at the university where the attacks happened. Earlier unconfirmed reports identified him as an 18-year-old lone-wolf attacker named Timur Bekmansurov, who allegedly left a note describing his motives on social media.