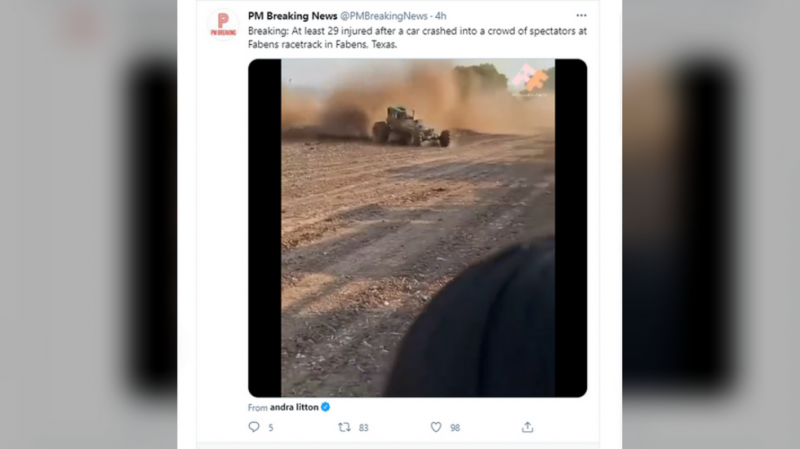 A video from the scene shows one of the race cars losing control right from the start and heading towards a group of spectators.

Footage of the aftermath of the crash shows a damaged vehicle smashed into several blue tents and what appears to be people assisting an injured person.

Local media reported that multiple ambulances and a medevac helicopter were deployed to the racetrack.

El Paso County Sheriff’s Office said that the car broke through a guard rail and hit three other vehicles as a result of the initial crash.

Speaking to the news channel ABC-7, El Paso County Judge Ricardo Samaniego cited a briefing from the Sheriff’s Office confirming that 29 were injured. The Sheriff’s Office later said that eight people were hospitalized, including three in critical condition.