8 for Nokia released a new firmware for Android 8

Holding HMD Global announced the launch of spread tried-and-tested version of firmware on the OS Android 8 for its current flagship Nokia 8. The owners of this gadget will be able to update it over the air already in the next few days. 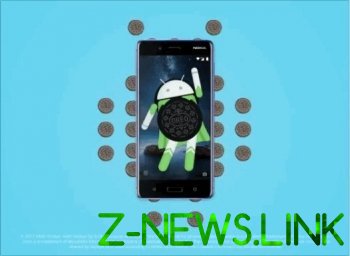 Firmware for Nokia 8 completely replace your current operating system and therefore weighs in at 1.5 gigabytes. In addition to all of the buns, which appeared in the eighth Android, it carries all the latest security patches, including those issued in the current month. Reportedly, the timing of the firmware will vary by region, but before the end of the year needs to be updated all activated devices. Recall that the update for the Nokia 8 has been tested since the beginning of autumn this year, and in October to participate in the process are standard users, of which 2,000 people from around the world.

The eighth release of Android Nokia 8 suggests that very soon a firmware update will be released under the Finnish brand, Nokia including 6, 5 and 3. These models are already available, and recently presented Nokia 2 and 7 not yet released, Android 8, apparently, will be available for them right out of the box. Also before the end of the year will be presented smartphone Nokia 9 – frameless version Nokia 8 in a slightly modified design.