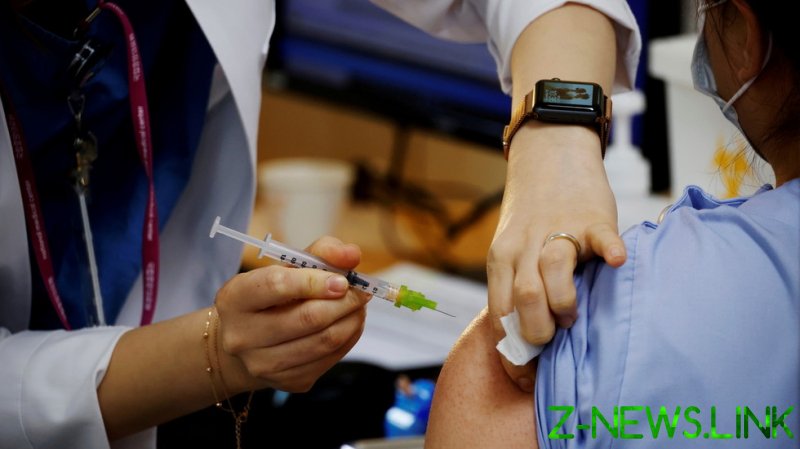 Seoul made the decision due to a delayed shipment of 835,000 AstraZeneca doses that was expected by the end of the month. Officials had hoped to use the jabs as a second shot for around 760,000 health and frontline workers who had already received their first dose in April. With the doses now not expected to arrive until July or later, the South Korean anti-Covid task force announced it would use the Pfizer shot as a replacement – a strategy already in practice in several other countries.

The dose-mixing is expected to help South Korea reach its target to vaccinate 70% of the population by September. So far, one shot has been administered to some 27% of its population of almost 52 million.

In May, South Korea kicked off a clinical trial aimed at determining the safety of combining AstraZeneca and Pfizer doses, amid supply and safety concerns associated with the AstraZeneca drug.

South Korea was one of several nations to halt the rollout of the AstraZeneca vaccine as a precautionary measure following reports linking the drug to blood clots. The country’s health authorities later re-approved the drug’s use, recommending it for all people over the age of 30, following a review conducted by the European Medicines Agency and other regulatory bodies.

In Spain and Canada, dose-mixing received the greenlight because it is viewed as a way to offset the potential risk of blood clots linked to the AstraZeneca vaccine. While the practice isn’t yet widespread, research has suggested that it is safe and effective. In May, a Spanish study concluded that administering a second dose of Pfizer to those who received AstraZeneca as their first dose is safe. It saw antibodies increase seven-fold compared to those who were given no second jab at all.

France and Germany have also recommended mixing doses as a way to deal with supply shortages.