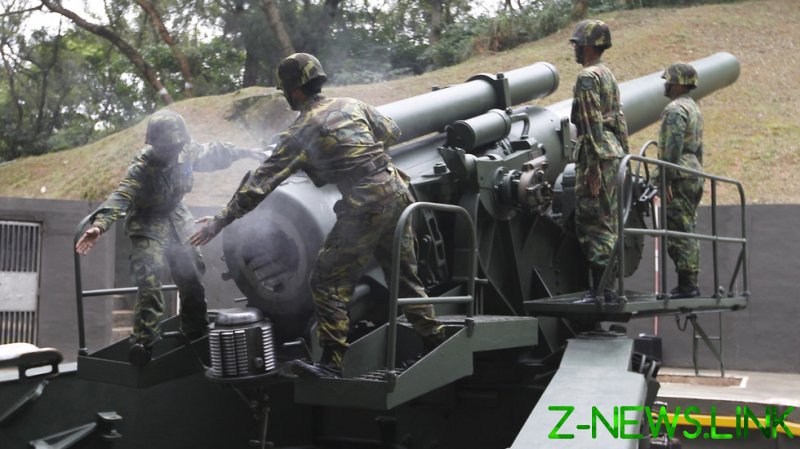 Announced Wednesday, the proposed sale involves 40 155mm self-propelled artillery guns and related gear, a number of vehicles and machine guns, as well as nearly 1,700 precision guidance kits used to convert ‘dumb’ projectiles into GPS-guided munitions, according to a State Department notice to Congress.

The administration claimed the sale would serve “US national, economic and security interests” by supporting Taipei’s “continuing efforts to modernize its armed forces and maintain a credible defensive capability,” as well as “assist in maintaining political stability” in the region.

Congress has 30 days to challenge the sale – which must also be finalized with arms contractor BAE Systems – though lawmakers typically do not attempt to block transfers to Taiwan.

While former President Donald Trump oversaw at least $18.2 billion in weapons and equipment sales to the island – including two massive transfers for $2 billion and $8 billion in 2019 – Wednesday’s deal is the first under Biden. China is likely to slam the move, having done so repeatedly through the Trump years.

Despite the few sales to date, the current administration has continued US engagement with Taiwan on military and security issues, and has carried on many of Trump’s more aggressive policies toward China, including routine ‘freedom of navigation’ transits through the Taiwan Strait with US warships. Beijing has condemned the missions as provocative time and again, blasting Washington as “the biggest destroyer of peace” after the latest sail-through last week

A report in the South China Morning Post earlier this week, moreover, also suggests Trump-era military assistance to Taiwan has continued under Biden, seeing American Patriot missile experts sent to the island for weapons tests every year since 2019.

While China considers Taiwan a part of its territory, it has been governed autonomously since the Chinese Civil War in 1949. The local administration has continued to refer to the island as the “Republic of China,” though it has been formally recognized by only a handful of countries. The United States is no longer one of them after breaking off official ties in 1979, but it has nonetheless pursued informal relations ever since, including a long series of weapons sales.