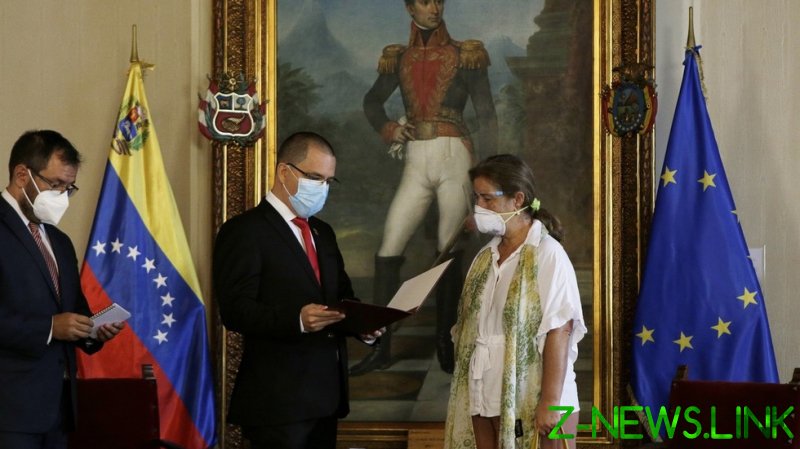 “She has been given 72 hours to leave Venezuelan territory,” Venezuela’s Foreign Minister Jorge Arreaza told reporters on Wednesday.

Responding to the move, a spokesperson for EU Foreign Policy Chief Josep Borrell said that the bloc “profoundly regrets this decision, which will only lead to further international isolation of Venezuela,” and calls for its reversal.

“Venezuela will only overcome its ongoing crisis through negotiation and dialogue, to which the EU is fully committed but which this decision undermines directly,” she added.

On Monday, the bloc cited human rights violations and “acts and decisions undermining democracy and the rule of law” as it announced sanctions on 19 Venezuelan officials, taking the total number hit by asset freezes and travel bans to 55.

The EU, the US and some South American nations do not recognize Venezuela’s December 2020 election, which saw Maduro take majority control of parliament.