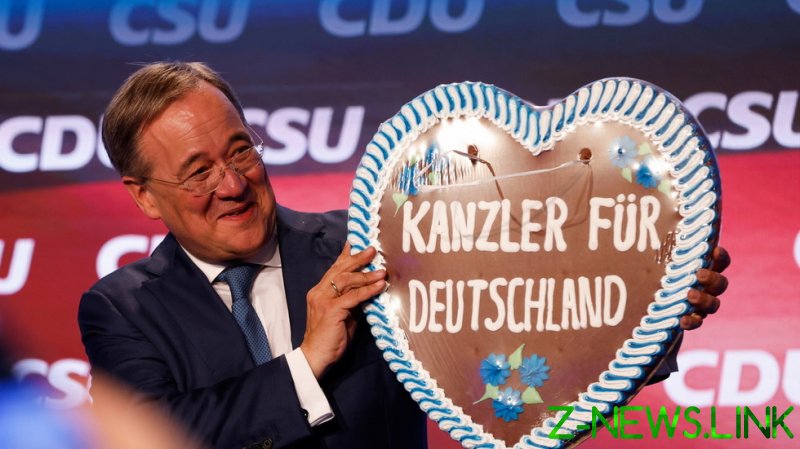 According to a YouGov poll cited by German media on Wednesday, 68% want Laschet to step down from all political posts, and just 13% share the opposite opinion.

A veteran politician, Laschet is the minister-president of North Rhine-Westphalia and the leader of the outgoing Chancellor Angela Merkel’s Christian Democratic Union (CDU). Under his watch, the center-right party produced a historic low result in the general election on Sunday, finishing second to its main rival the Social Democratic Party (SPD) with 24.1%.

Laschet ran a lackluster campaign to replace Merkel as chancellor that was marred by gaffes and PR blunders. After the election, CDU’s informal conservative club, the Values Union, called on the party’s leadership to accept responsibility for the loss and resign.

Despite the upsetting outcome, Laschet has remained optimistic that his party could still come out on top by forming a ruling coalition with the Greens and the liberal Free Democratic Party (FDP).

FDP Secretary General Volker Wissing said that the party leaders have met with their counterparts from the Greens and plan on holding coalition talks with the CDU on Saturday and with SPD the next day.