Home / WORLD / 60 years on, lives are still being ruined by the US’ Agent Orange campaign in Vietnam

60 years on, lives are still being ruined by the US’ Agent Orange campaign in Vietnam 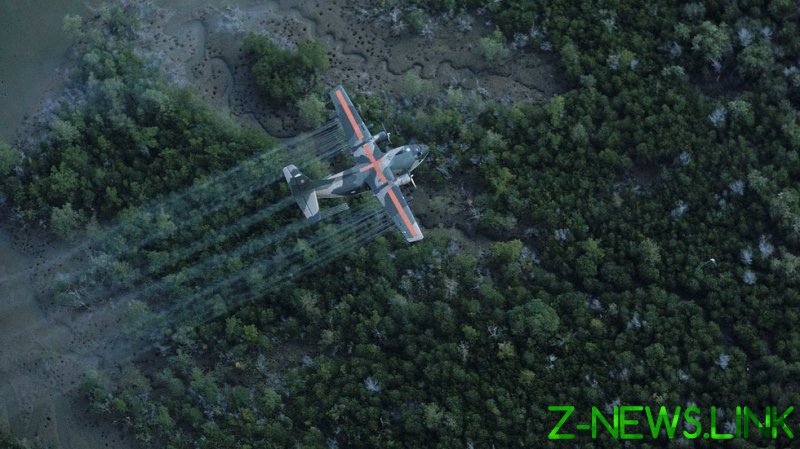 One of the most shameful legacies of America’s failed war effort in Vietnam is the lasting damage done by Agent Orange (AO).

AO was a powerful herbicide used by the American military in Operation Ranch Hand, which was launched in January 1962, to clear foliage to build bases and transport routes, plus eliminate forest cover for the Vietnamese troops. Millions of gallons were sprayed during the conflict by US forces, but the fact it contained the deadly chemical dioxin meant it caused major health issues for many of those who came into contact with it.

Currently, about 20% of those affected receive aid, leaving the vast majority of victims marginalized. But one man, Charles Bailey, has dedicated his career to changing that by simultaneously tackling the issues of ongoing contamination and directing aid to victims, many of whom are still suffering today.

The affable 77-year-old is measured and sensitive about Agent Orange’s legacy, and this practical approach has enabled him toplay a key role in bringing the US and Vietnam together to tackle the problem, even co-authoring a book in 2018 about the effort. Speaking to him over Zoom, he exudes calmness, but there’s no disguising the sense of responsibility he carries towards his work.

Bailey, who has a PhD in Natural Resource Economics, arrived in Vietnam in 1997 as a grant maker for the Ford Foundation and spent the next 14 years trying to convince the US to face its responsibilities in helping those who were affected. Although now in semi-retirement, he continues his advocacy from his base in Washington state and is also part of the War Legacies Working Group at the think tank The Stimson Center. Without Bailey, it’s unlikely that much of the progress that has been made would have been achieved.

He landed in Vietnam 18 months after the country’s diplomatic relations with the US had resumed, having been frozen since 1975. Bailey recalled, “It was so difficult in the early years. US diplomats in the late 90s were instructed not to have conversations about AO or certainly not AO victims. Even much later, American ambassadors refused to use the word ‘victim’.”

But the truth is there were plenty of victims, with an estimated 400,000 killed and three million Vietnamese affected by AO, due to thepresence of dioxin. “That was a byproduct of sloppy manufacturing and also one of the most poisonous substances we know of,” said Bailey. “Many of the people who were directly exposed developed cancer, type 2 diabetes, ischemic heart disease, and died early.

“This became an issue in the United States in the late 70s as young men returning from war began to come down with ‘old man’s diseases’. The same thing was of course going on in Vietnam, but we in America didn’t much know about it because America slammed an embargo on Vietnam in 1975.”

The Vietnamese wanted help, but were trapped. To get America’s blessing to join the World Trade Organisation, they were warned not to talk about the effects of AO. Bailey needed a way to break the deadlock andhas some sympathy for the US officials who were involved. He said, “I think individuals in any large organization or government want to do the right thing, but then they get worried about their careers or whether this will damage their organization or make them look bad? Or they will blame the victims, saying ‘This is just propaganda, there is no evidence’.” 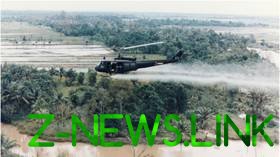 After issuing grants to deal with HIV/AIDS and reproductive health, Bailey gained the trust of locals in Vietnam. He was issuing grants of $10 million per year, and reflected, “They began to see I was Mr.WYSIWYG (What You See Is What You Get). In all my time in Vietnam, I never once had any individual or anybody at all reproach me for being an American or because of what happened during the war. They are a very forward-looking country.”

Via contacts, he discovered Canadian firm Hatfield was analyzing soil samples in Vietnam for dioxin. Its report showed contamination was only in areas AO had been stored and loaded on to planes, namely US bases. So, he paid for Hatfield to study all 2,735 former US bases in Vietnam, which took three-and-a-half years.

“That was the breakthrough,” he said. “I could use that confirmation to say to the Americans, ‘You left something behind here, maybe you better come and clean it up’.”

Since 2007, America has contributed a total of $425 million for dealing with AO. The first base to be cleaned up is now the airport for the city of Da Nang. The second, at Phu Cat, was done by the United Nations, again down to pressure from Bailey.

“The third in Bien Hoa is the largest, containing 85 percent of all known dioxin [in Vietnam]. Itstarted in 2020 and is expected to take 10 years and cost $500 million.”

However, while treating the contaminated areas was a breakthrough, it didn’t do anything for those directly sprayed, and their children and grandchildren who were born with mental and physical disabilities. The money to help them wasn’t there.

“I think the concern at [the US] government level has been at the open-ended nature of this; where does it end? How many victims are there? The clean-up is nicely well-defined: you can find it, measure it, put your arms around it and destroy it,” he explained. “The victims are both those who are elderly suffering from illness and much larger numbers – perhaps several hundred thousand younger people – who were born and living with severe disabilities.

“This is much harder. You can help people live lives with greater comfort and dignity, and that’s always been my goal for this, but you can’t rewind the past and make them able-bodied.” 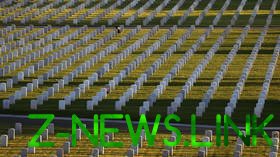 Former US ambassador Michael Marine and Vermont senator Patrick Leahy were both influential in finding funds for the victims. The most recent annual fiscal allocation was $14.5 million for health and disability activities, and $34 million for environmental remediation, primarily at Bien Hoa.

But are these sums enough to help the sheer number of people who need round-the-clock care and adaptations to their homes?

Said Bailey, “The first amount for health and disability was $3 million a year – so it has grown over the last 15 years. On the other hand, even in the 10 provinces they are focusing on, there are still many people with severe disabilities and we know who they are because part of this work has been province-wide surveys. So, I would say this aid is only reaching about 15 to 20 percent of those who are severely disabled.

“I think there is a need and scope to double, and double again this annual amount. I would be happy if in the next 10 years it increased five-fold. That’s always been my recommendation.”

One obstacle that Bailey has run into is that USAID, which administers the funds, feels there’s not enough infrastructure to reach all victims. Bailey believes this is the wrong outlook.

He continued, “The US government needs to adopt an explicit victim-centered approach. It’s one thing to give material assistance, but it also needs to go hand in hand with recognition of why we’re doing this, and a profound sense of humility, sadness, and appreciation for people living lives circumscribed by disability.

“Disability doesn’t have any weekends or vacations; [and] it’s not just the individuals, it impacts their families and siblings’ life prospects.”

He added, “We’re talking about something that is really humanitarian. We’re trying to reach and help a large number of people who through no fault of their own are living foreshortened lives in every dimension you can think of. So why don’t we start with them?”

One school of thought regarding America’s reluctance to do more is because it lost the war. In addition, there were many pilots who sprayed AO who felt it was noble work. “They were very proud of what they were doing, to the extent they left memoirs,” said Bailey. “I read one about a man from Alabama in the Air Force, who described how he flew a C-123 transport craft all the way across from Hawaii to Guam and to Vietnam, then got tanked up and started spraying. He thought – and apparently many of the pilots thought – they were doing OK stuff. 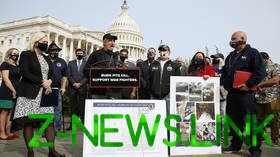 “There were others on the ground who thought it was harmless – there is a famous photo of someone actually drinking a glass of this stuff. Propaganda pamphlets were showered over the villages reassuring people it was purely harmless, and it was all part of the war effort. I would say …  the people who were directly engaged with this program were gung-ho for it.”

That cannot be said for many American veterans, though. Gary Rich, from Alpena in Michigan, qualified as an anesthetist before serving from 1967 to 1968. He was stationed in Thailand, bordering Vietnam, and deployed around AO unwittingly. The realization about what he had been exposed to only came retrospectively.

He said, “After the fact and looking at the hospital and grounds and where I lived, there wasn’t any foliage. Nothing was growing. Looking away from the base it was all defoliated. It seems obvious in retrospect that something was being sprayed.”

In 2000, he was diagnosed with thyroid cancer, then four years later, prostate cancer. He also had a heart attack. He continued, “The VA [Veteran Affairs] has me on 100 percent disability. I’m considered TDIU, totally disabled and individually unemployable, but it was a real battle and I had friends help guide me through the process.” In total, an estimated 2.8 million US veterans were exposed to AO.

After the war, Rich returned to Thailand several times but witnessed how AO affected both sides on one particular trip. “I visited a school,” he said. “I sent money to help a young female student there. It turns out this girl’s grandfather was on dialysis because of renal disease, and I realized he was in Thailand the same time I was there, when AO was used.”

It’s important for those who have suffered due to AO that their sacrifice isn’t in vain. There will be wars in the future, so forward thinking is paramount to prevent other similar catastrophes.

“Whenever some US military or quasi military agency starts talking about spraying to control drugs in Colombia or in Afghanistan, I get very upset,” said Bailey. “My hope is that AO has become a cultural meme; that maybe even eager beaver military commanders and planners will have a second thought before they go dumping who knows what over large areas in which people have to live when the fighting stops.

“They’ve got to have a clean environment where they and their families and communities can flourish. If you think about that – whoever you are – and work backwards, you would have never done a lot of these atrocities and contaminated the environment, whatever the aim of the war.”