Home / WORLD / 60 years after use of Agent Orange in Vietnam, US still fails to recognize all its victims even among own troops, veteran tells RT

60 years after use of Agent Orange in Vietnam, US still fails to recognize all its victims even among own troops, veteran tells RT 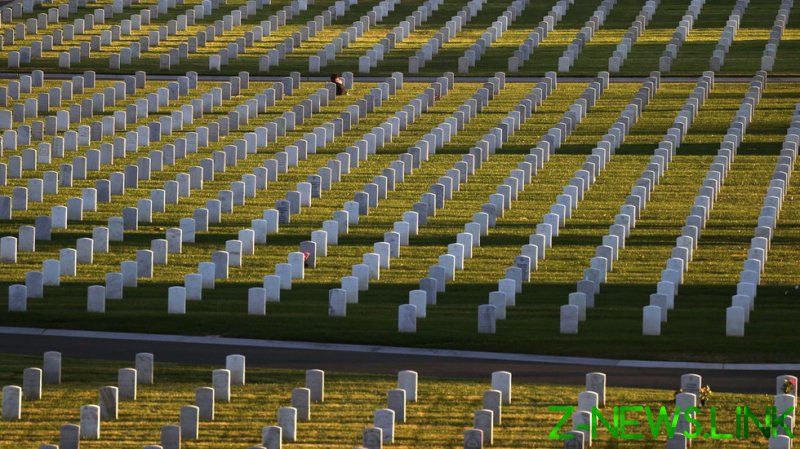 In August 1961, exactly 60 years ago, the US started its massive herbicidal warfare program during the Vietnam war. Tens of thousands of square kilometers of the Vietnamese territory were defoliated with some 20 million gallons of so-called “rainbow herbicides,” which included the infamous Agent Orange.

The operation did not help Washington win the war but ruined millions of lives, not only in Vietnam but in other countries as well, including the US itself. Agent Orange – a defoliant aimed at destroying the Vietnamese forests – turned out to have a highly-toxic by-product, a persistent environmental pollutant from the dioxins group. This dioxin is seen as a major cause of serious health conditions in people exposed to it, including various forms of cancer.

American veterans who took part in the Vietnam war, as well as some other operations, are now fighting a completely different fight – against a massive bureaucratic machine that is still reluctant to recognize them as victims of the toxic exposure, John B. Wells, head of Military Veterans Advocacy Inc., told RT.

“We are looking at about 110,000 claims filed,” said Wells, a former US Navy commander turned attorney at law, referring to the number of cases involving US veterans who seek benefits for health issues related to their toxic exposure during the military service. There are still tens of thousands of people looking for compensation out there, he added.

Yet the US authorities are apparently in no rush to deal with such issues. According to Wells, over the last two and a half years, the Veterans Affairs Department processed only around 60% of the claims filed.

“They need to get this benefits-processing system up into the 21st century,” he said.

‘Once a bureaucrat makes a decision, they do not like to reverse this decision’

Veterans often have to go to court to defend their right to what they are owed by the state. Wells’s group, Military Veterans Advocacy Inc., won one such particular case in 2019. Alfred Procopio, who served aboard the aircraft carrier USS Intrepid in 1964-1967, sought to claim his benefits related to the exposure to Agent Orange.

In July 1966, the Intrepid was deployed to the Vietnamese territorial waters. Procopio sought benefits for diabetes in 2006 and prostate cancer in 2007. He was denied both in 2009, because under the previously established precedent, Vietnam’s territorial waters were not considered an area exposed to Agent Orange.

“That was pretty tough,” Wells says, recalling the efforts to change the precedent. “We spent about a decade trying to get Congress to overrule this decision. And we were not able to do so. Then we came about through the court in a different way, based on the international law,” he added.

Many other individual cases remain unresolved still, because the Veterans Affairs (VA) Department simply “lacks common sense,” Wells believes. The VA refuses to recognize the rights of veterans who served in Vietnam and were exposed to Agent Orange, citing various bureaucratic reasons.

“Once a bureaucrat makes a decision, they do not like to reverse this decision. That was one of the bigger things that we were fighting as well,” Wells said, adding that “some of it is just bureaucracy, some of it is ignorance.”

Military Veterans Advocacy Inc. wants the officials to get “the big picture,” Wells tells RT. “A person can say: “I served here in 1972” and then provide a proof that is in one’s service record – and bingo – go ahead and get the benefits,” he explained, adding that wider areas should be recognized as exposed to Agent Orange.

Wells says that he just wants Washington to look, listen, and apply common sense to whether or not these claims are justified. His organization will fight for the rights of veterans in both the courts and in Congress “until someone listens.”

Eventually, “it is going to take a complete revision of our system” of veterans’ benefits, he said. Officials should focus on identifying specific disease clusters prevalent among the military and then identify their cause. Furthermore, he suggested setting up a special center for that job to “figure out whether or not there is connection between illnesses and some sort of toxic exposure.”

‘Have we learned from it?’

Agent Orange, one of the most infamous examples of the war’s toxic legacy, is still poisoning the Vietnamese soil. According to Wells, its half-life amounts to some 100 years, so decades will pass before it finally decomposes.

“We know it is still there because, in 2019, we sent one of our board members out there to work with their environmental protection agency and they did soil testing and they found it,” the retired Navy commander said. Nor is it the only danger posed by humanity’s reckless actions.

“Asbestos was a big issue. I personally served on a ship that [had] asbestos insulation. Radiation exposure coming from both the US and Soviet atmospheric nuclear testing until 1960s. Burn pits that probably have been done by every army in the world,” he listed.

MVA has already raised the issue of burn pits back in 2009 and now the US has “to spend millions of dollars on pensions” because “nobody listened.”

All nations have to revise their approach to warfare, Wells told RT.

“This is not unique to the US. We can always find a way. The Russian military, the Chinese… they all have the same problems. They concentrate so much on a mission that they do not look at what they are doing,” he said.

“What we need to do is to look at the long-term big picture and figure out as a planet if something we are doing is going to take lives of our own troops, not to mention civilians in the area,” Wells said, adding that the military often “concentrate so much on a mission that they do not look at what they are doing” and end up “spending much more time causing much more pain that we have to.”

“Have we learned from it? I would like to say so but I do not know,” the Navy veteran admitted.