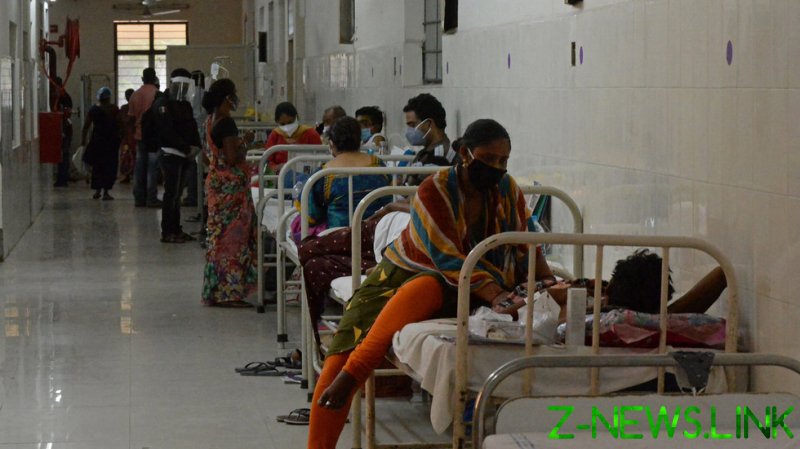 After the Union Health Ministry called on Indian states to declare an epidemic on Thursday, three states and one territory reportedly did so on the same day. They are Tamil Nadu, Odisha, Gujarat, and the Chandigarh union territory.

Recognizing the infection as an epidemic makes the reporting of suspected and confirmed cases to the health department mandatory and also gives the Indian government more resources to fight the problem.

The Union Health Ministry warned on Thursday that black fungus was leading to a “prolonged morbidity and mortality amongst Covid-19 patients.”

The infection enters through the bloodstream via a cut or through the respiratory system via the nose, and can then spread to the heart, the brain, and the lungs. Symptoms can include facial swelling and black lesions, and mucormycosis has a fatality rate of around 54%.

Black fungus can have even more of an impact on those who have recovered from Covid-19, however, which is what’s thought to have caused India’s latest problem with the infection.

According to most recent reports, at least 90 people have died from the fungus during the pandemic, with thousands more cases recorded. Health experts argue that steroids used for Covid-19 patients, along with a lack of proper sanitation, could be behind the surge of cases.