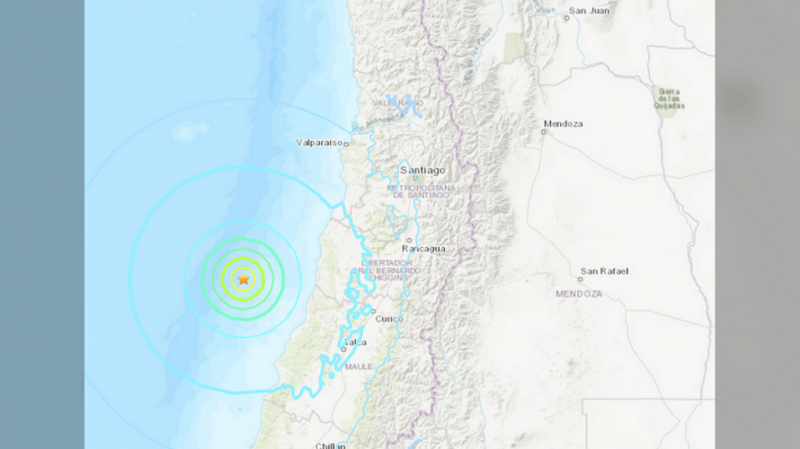 There has been no tsunami alert issued as a result of the quake.

Some 10 million people might have felt the shaking, according to the European-Mediterranean Seismological Centre.

However, the quake is not expected to cause casualties or major material damage.

Chile is extremely prone to earthquakes due to its sitting on the Ring of Fire, the 40,000 km-long zone that dominates the Pacific Ocean, and runs through a dozen of countries, including Chile, Indonesia, Japan, The Philippines, Peru, Guatemala, the US west coast, Mexico and Russia.