Home / WORLD / 5 key states to determine next US president, as race comes down to Rust Belt and new Southern battlegrounds

5 key states to determine next US president, as race comes down to Rust Belt and new Southern battlegrounds 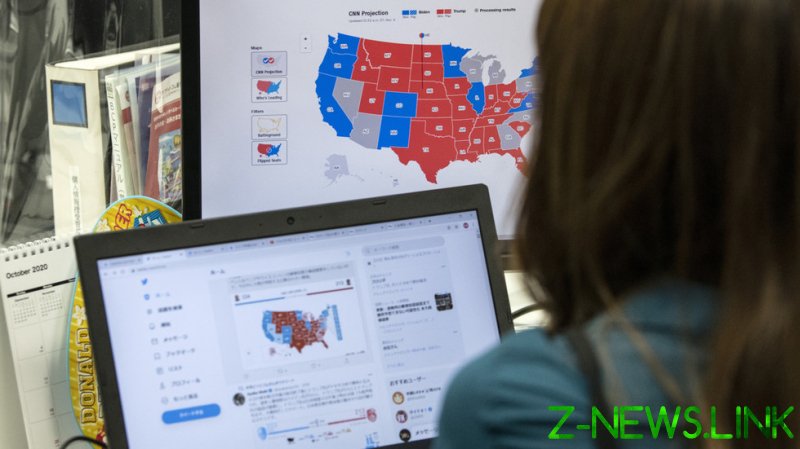 The morning after the Tuesday election, Pennsylvania with its 20 electoral votes is the prize most coveted by the president and challenger Joe Biden. Trump currently has a commanding lead of 12.6 points there.

The race has narrowed in Michigan, with its 16 electoral votes, where the incumbent is now 1.4 points ahead.

The least important of the three, Wisconsin, is almost finished counting the ballots and might just deliver its 10 votes to Biden. That could change at the last minute, however, as the former vice president’s lead is a mere 0.3 percent of the vote.

This cycle, the Biden campaign managed to put the typically Republican-aligned southern states of North Carolina and Georgia into play. However, the Democrat might not end up swaying them, as Trump is leading by 1.4 and 2.2 points respectively.

Besides the crucial five states, the final vote tally is yet to be announced in Nevada and Alaska. The former’s six votes will most likely go to Biden, while the three votes from the latter are expected to go to Trump. Both states have had a single party preference for decades, and current data suggests that 2020 trends did not shift that dynamic.

The razor-edge election has already delivered some surprises. Early Wednesday, Trump claimed that he won the election and accused Democrats of trying to snatch it through “fraud,” apparently set on stopping late mail-in votes from being counted. The Biden camp responded by saying that the president’s declared intentions were “outrageous” and “unprecedented.”