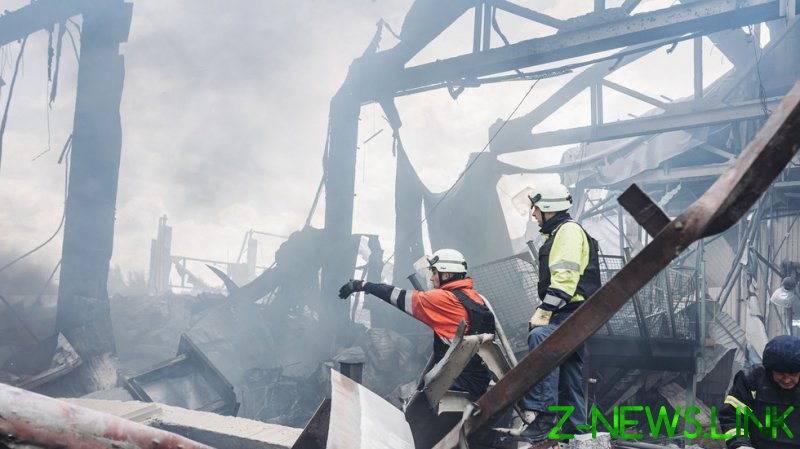 Five people have been injured in the town of Komsomolskoye in the southeast of the Donetsk People’s Republic (DPR) in the wake of a Ukrainian missile strike that was intercepted by the local militias, the DPR territorial defense said on Saturday.

Ukrainian troops fired a ballistic Tochka-U missile apparently targeting the town, the DPR authorities said in a statement. According to their information, the projectile was intercepted by the local air-defense system, but debris still fell on a street in the town, injuring five people. Several residential buildings were damaged in the strike as well, the statement added.

Photos published by the DPR territorial defense on social media show parts of the missile lying on the ground and at least one heavily hit building that had part of a wall collapse.

The city of Donetsk has seen heavy shelling on Saturday, local authorities have said. According to the mayor, Aleksey Kulemzin, the Donetsk National University campus was hit during the shelling and one of the buildings was damaged.

The local emergency service has reported that a member of an emergency team was killed when a shell fired by the Ukrainian forces landed near a fire-fighting vehicle, while another member was wounded and later succumbed in a hospital, they said.

The strike came a day after Ukrainian forces shelled a hospital in the city of Donetsk, damaging a gas pipeline that goes through the grounds of the hospital, according to the DPR authorities. Russia has repeatedly condemned what it called “indiscriminate strikes” by the Ukrainian forces targeting civilian infrastructure, including in Donetsk.