Home / WORLD / 5.8-magnitude tremor rocks Haiti as it reels from devastating quake that killed over 300

5.8-magnitude tremor rocks Haiti as it reels from devastating quake that killed over 300 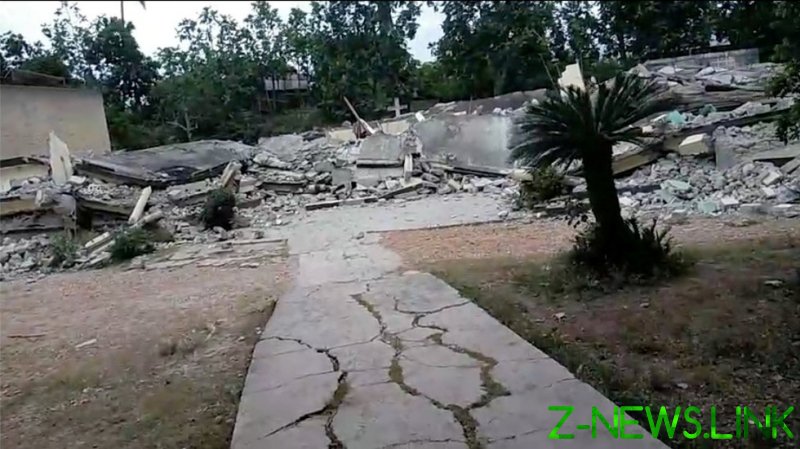 The USGS put the quake’s depth at 12km.

While the USGS predicted that some casualties may result from the new quake, and that it could require “a local or regional level response,” the potential impact is expected to be “relatively localized.”

The aftershock comes just a day after the Caribbean nation was shaken by a disastrous 7.2-magnitude quake that leveled homes across Haiti’s southern peninsula, cluttering roads with debris strewn all over the ground.

At least 304 people lost their lives in the Saturday quake, and more than 1,800 have been injured. It is feared that the death toll may climb even higher as rescues continue to search for survivors amid the rubble.

The events immediately prompted comparisons with the catastrophic 2010 quake, which left the country in tatters and from which Haiti had been still recovering.